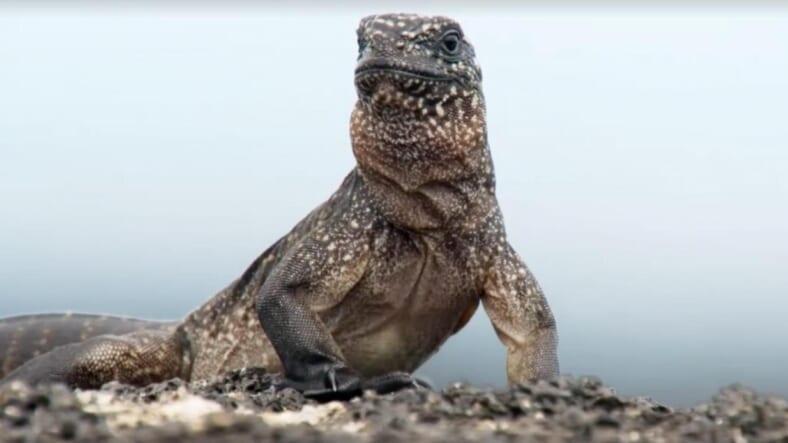 Looking for some wildlife footage to forever haunt your dreams? Check out this viral video of dozens of runner snakes slithering out of rocks to chase a baby iguana in the above clip from BBC’s Planet Earth II.

After all, it’s been hailed as “potentially the greatest TV moment ever,” with London’s Independent even likening it to a scene from The Bourne Identity.

And Twitter uses have likewise bowed down to the plucky young lizard who managed to escape his slithery tormentors:

That iguana telling his story of how he escaped 100 snakes seconds after being born. #planetearth2 pic.twitter.com/YUQwxGE9Ay

Throw in a wise-cracking sidekick and this would be the best action film ever. Go baby iguana, go! #planetearth2

Human children have it easy. BABY IGUANAS HAVE TO FIGHT A LEGION OF NIGHTMARE SNAKES ON THEIR FIRST DAY. Humans are SPOILT #planetearth2