Why Stoned Sex Is The Best Sex, According to Science

Take a hit before you hit it. 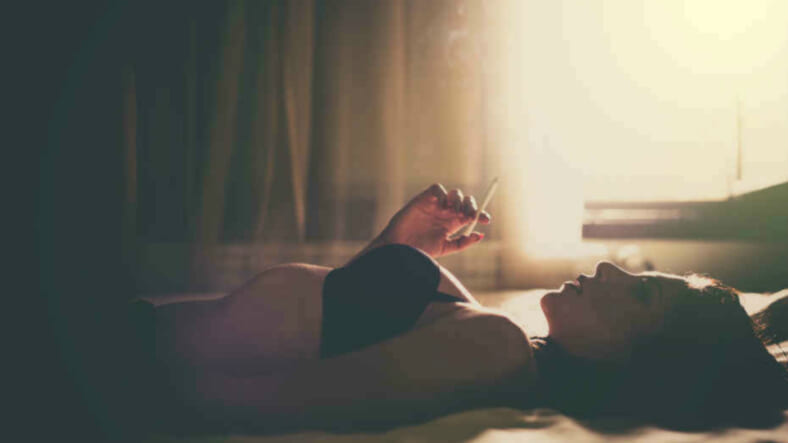 Let’s be real for a minute: Toking up before sex is one the greatest things ever. Sure, messy, drunken sex is pretty stellar too, but many would argue that stoned sex is better than drunk sex, due to the fact that everything, including eating Cheez-Its and doing things with your penis, feels sooo good when you’re faded.

If you need some proof as to why you should take a hit before you hit it, a study done last year by Joseph Palamar and his colleagues at New York University found that there are far more negative aspects to a booze-fueled romp than there are for high sex. For instance, the spins. Oh Lordy, the spins.

One participant explained that he needed to interrupt his bang-session because he “had to stop and go hurl.” Oh, no. There’s just no redeeming yourself after that.

On the other hand, you would never get the spins, nor would you need to stop mid-fuck and vom in a corner, from getting baked. The worst thing that could happen is you start laughing at her vagina, or you forget what sex even is. And that would only be funny.

Now, let’s examine what the biological/neural difference between drunk sex and stoned sex is. When you’re a few drinks in, alcohol slows down thought processes and cognition, which is why you don’t give a single shit about anything. However, the parts of your brain that control sexual urges remain untouched, therefore making you want to have sex with anyone with a pulse. Not too great.

Combine that with the relaxing and mood-lifting effects of the stuff, and you have the perfect equation for a really, really good lay. You feel incredible, you’re turned on, and you still have your wits about you.

On a side note, think about this: Have you ever heard about alcohol-infused lube? You know, for increased sensation? No, you haven’t, because it doesn’t exist. But you know what does exist? Weed lube. Now that’s some good stuff right there. Hell yes.

There’s even a strain of marijuana that was created especially for boosting libido, called Sexpot. Very fitting. Sexpot is only available in California at the moment, and is marketed toward women, but if the lady you’re about to have sex with is really turned on, it’ll get you really turned on, too. Everybody wins!

On a final note, people have been using pot as an aphrodisiac for centuries. And if something has been around for that long, it must mean it’s good.