BREAKING: “The gunman wanted to kill as many Republicans as possible.” 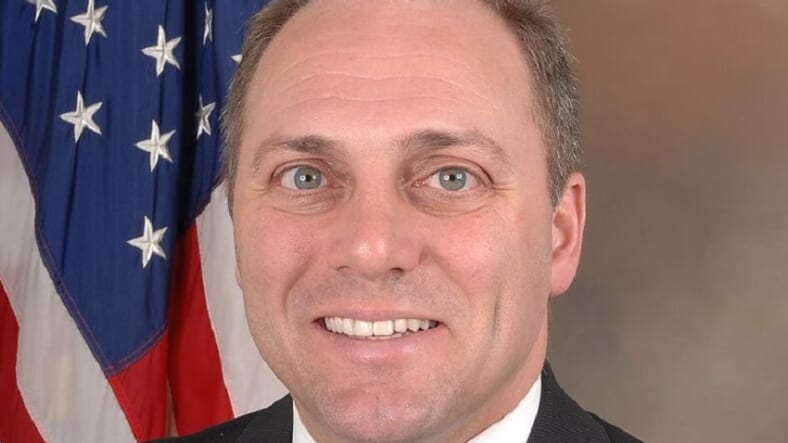 Congressman Mo Brooks was on the scene as well and assisted the injured Scalise, knotting a tourniquet to stop the Louisiana rep’s bleeding.

Rep. Ron DeSantis, R-Fla., told Fox News he left just before the shooting. As he walked to his car, a man asked DeSantis if it was Republicans or Democrats practicing. About three minutes the shooting began, DeSantis said.The shooting began at 7:15 a.m. and lasted about 10 minutes, sources told Fox News.“Behind third base, I see a rifle…I hear Steve Scalise over near 2nd base scream,” [Mo] Brooks told CNN.Aside from Scalise, DeSantis and Brooks, Reps. Brad Wenstrup and Chuck Fleischmann, and Sens. Rand Paul and Jeff Flake were among the 15-25 people at Simpson Field for practice.

Congressman Brooks reported the gunman hid behind one of the dugouts at the field and several reports indicate as many as 60 shots were fired. CNN reports Brooks indicated the shooter was a white male.

The shooter was later identified as James T. Hodgkinson, age 66, of Belleville, Illinois. President Donald Trump announced in remarks about the attack that Hodgkinson died from wounds he received in the gun battle.

Rep. Mark Walker to @NBCNews: "Shaken but OK. Gunman was there to kill as many Republican members as possible." (via @AlexNBCNews) pic.twitter.com/bRiVgUb8x2

North Carolina Republican congressman Mark Walker told NBC that it appeared as though Hodgkinson “was there to kill as many Republican members as possible.”

The shooter’s Facebook page revealed an obsessive hatred of President Trump, writing that the Chief Executive was a “traitor” and calling for his destruction. In other posts Hodgkinson expressed—often in oddly-formatted sentences with the first letter of each word capitalized—support for far left candidates such as Bernie Sanders and Jill Stein.

My thoughts and prayers are with the victims injured by the senseless shooting in Alexandria today.

“This is a stable situation at this point. There is no additional threat,” Alexandria Police Chief Brown says https://t.co/TMJLmj8HPc pic.twitter.com/GwS2EdUWdg

Horrified by shooting in Alexandria. My thoughts are with @SteveScalise, my colleagues, staff members, and police who were attacked this AM.

Our thoughts & prayers are with all those affected by the tragic shooting in Alexandria, VA.

Speaking to the media, Alexandria police chief Michael Brown said his department was “collaborating” with several other law enforcement agencies and confirmed that “five people were transported” from the scene. He also said the incident was stable and there was no further threat.

Both Democrat and Republican congress members were assembled at or near the park to practice for the traditional Congressional Baseball Game, which is scheduled for June 15th and has been an annual event since 1909.

This is the first time in six years a member of Congress has been shot. Democrat Rep. Gabrielle Giffords was severely wounded by a psychotic gunman in Tucson in January, 2011.

Rep. Scalise and two Capitol Hill Police struck as they took the gunman down were said to be stable and will survive.

This is a developing story and may be updated as further information becomes available.