7 Things You Need To Know About The Indy 500

Don’t miss the 100th running of this Memorial Day Classic. 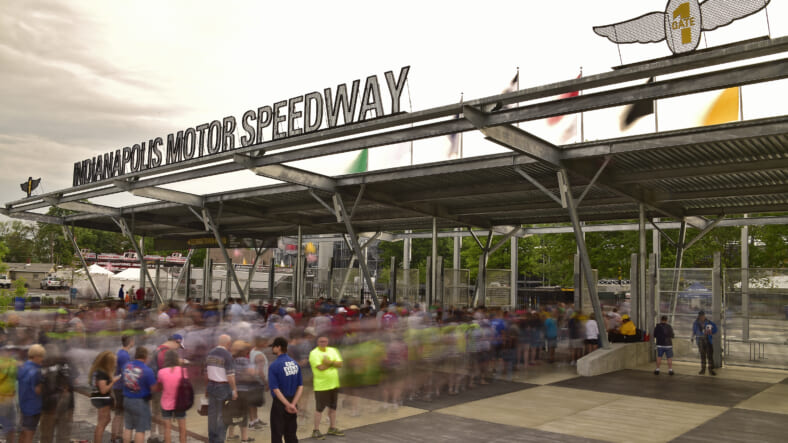 On Sunday afternoon 33 drivers will pilot their cars like missiles around the 2.5-mile quad-oval race track in Indianapolis. The winner will be crowned Indy 500 champion, star of the venerable race which was first run in 1911.

Whether you go in person to enjoy the sights and sounds of “The Greatest Spectacle In Racing,” or watch the race on television, here are some things you need to know beforehand.

1: 100 Races, Not 100 Years: This is the 100th running of the Indianapolis 500 race, but it isn’t the 100th anniversary. That was five years ago. The race was suspended during World War II, making this the hundredth running.

2: Tradition Is King. The Indy 500 has numerous long-standing traditions, so be prepared. Before the race, The Voice winner and Indianapolis native, Josh Kaufman will sing “(Back Home Again In) Indiana.” Because they always do, just like “My Old Kentucky Home” is performed before the Kentucky Derby.

After the race, the winner will drink the traditional Indiana milk in celebration. And Monday morning, the winning driver will appear at the track’s start finish line to kiss the row of bricks across the track that commemorate its original brick surface. That’s how Hoosiers roll.

3. Where’s Dale Jr.? The Indy 500 is part of the Verizon IndyCar series; they race the bullet-shaped Indy cars. Dale Earnhardt Jr. and his Nascar colleagues race in blockier stock cars in Charlotte later in the day. Their big race is the February Daytona 500. Sometimes racers switch from one series to the other, such as last year’s IndyCar champion, Juan Pablo Montoya, who returned to IndyCar from Nascar. Maxim favorite Danica Patrick’s career took off in Indy cars, but she’s a Nascar driver now.

4. It Will Be A Battle Between Honda And Chevrolet. Following a year in which Honda-powered cars struggled in IndyCar due mostly to a less-competitive aerodynamic design, this year cars with engines from both manufacturers look capable of winning the race, with Honda-powered James Hinchcliffe qualified on pole.

5. James Hinchcliffe Has A Score To Settle. The Canadian driver was maimed during practice before last years race when a suspension pushrod pierced his femur during a crash and nearly caused him to bleed to death. This year, Hinchcliffe qualified fastest. If he wins, it will be a popular victory.

6. The Infield Is One Big Party. The Snake Pit arena is the most infamous section of the Indy infield, but pretty much the whole place parties during the race, so it’s easy to find a good time.

7. Graham Rahal Is Maxim‘s Driver! Racer Graham Rahal is piloting the red Maxim-sponsored Steak ‘n Shake Honda. Look for the Maxim lettering on the front wings of his car and help us cheer for him to follow his father, 1986 winner Bobby Rahal, into Victory Lane. It’s the 30th anniversary of that win and Bobby drove a red car the year he won too.  Just saying.