Learn their secrets to success. 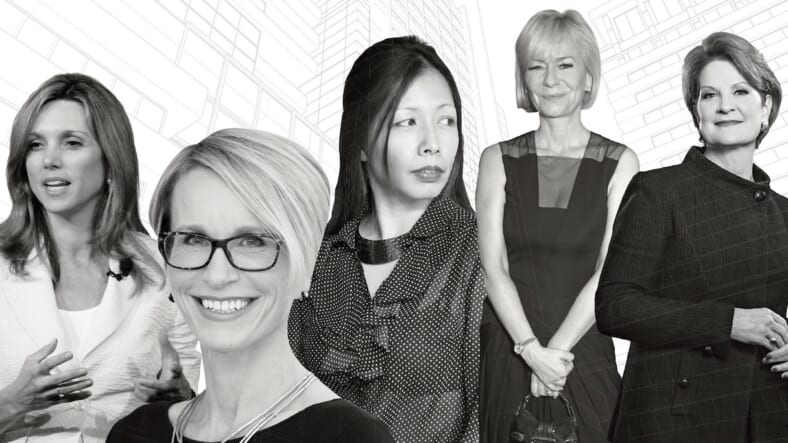 2017 will see a record number of women leading Fortune 500 companies. Here, Maxim looks at some
of the most successful women in business around the world.

Susan Wojcicki: CEO, YouTubeWojcicki, who grew up in Stanford, California, was Google’s first marketing
manager, joining the company in 1999, and by 2006 was heading
up Google Video, which was then competing with a small upstart called
YouTube. Wojcicki initiated Google’s $1.65 billion purchase of YouTube in
2006 and was named the video-sharing service’s CEO in 2014. Since that
time, Wojcicki has increased the number of women working at YouTube to
30 percent of the total staff. Wojcicki—whom Time magazine once called “the
most powerful woman on the Internet”—is worth an estimated $350 million,
according to Forbes. “Whether it’s salary
or a promotion or a job, I think it’s
important for women to ask for what
they think they deserve,” she said at
the 2015 Grace Hopper Celebration
of Women in Computing in Houston.

Ursula Burns: American chairperson and CEO,
XeroxThe daughter of Panamanian immigrants,
Burns grew up in a public
housing project on Manhattan’s Lower
East Side and began working for
Xerox as an intern in 1980. Although
she is not the first woman to head
Xerox—Burns succeeded former CEO
Anne Mulcahy in 2009—she is the first
African-American woman in U.S. history
to lead a Fortune 500 company.
She was appointed by President Barack
Obama to help lead the Science, Technology, Engineering, and Mathematics
(STEM) Education Coalition and served as vice chair of the president’s
Export Council. Burns was named the 22nd most powerful woman in the
world by Forbes in 2014, and according to a stolen email released by WikiLeaks
last year, she was on Hillary Clinton’s short list for vice president.

Mary Barra: CEO and chairperson, General MotorsThe first female chief executive of a Big Three auto manufacturer, Barra
practically has motor oil flowing through her veins. Barra was born in
Royal Oak, Michigan, and her father was a die maker for Pontiac.
She started working for GM at age 18 while attending the General
Motors Institute (later renamed Kettering University), got her
MBA from Stanford on a GM fellowship, then worked her way
up through the ranks, managing the Detroit Hamtramck Assembly
facility and holding various positions in human resources and
global manufacturing engineering.
Barra has held the top spot on Fortune‘s
Most Powerful Women list
for the past two years. In 2016, GM
posted record revenue, profits, and
earnings per share.

Marillyn Hewson
: Chairperson, president, and CEO, Lockheed MartinHewson, who earned $19.4 million in 2016, has been at the helm of
the world’s biggest defense contractor since January 2013, three decades
after joining the company as an industrial engineer. During her tenure,
Hewson—whose mother served in the Women’s Army Corps during
WWII—has renewed Lockheed’s focus on military hardware over civil
aviation, doubling the company’s market cap in the process. In 2015,
Hewson engineered the $9 billion purchase of Sikorsky Aircraft (maker of
the famous UH-60 Black Hawk helicopter), giving Lockheed new capacity
in rotary wing aircraft and drone technology.

Safra Catz:
Co-CEO, OracleBorn in Holon, Israel, Catz moved to the Boston area with her parents at
the age of six. She was the highest paid female CEO in 2016, with a total
compensation of $40.9 million, and the fifth highest-paid U.S. CEO
overall. And she seems to be laser-focused on the future, regardless of what
others think. “As much as people say they love change, they love it when you
change; not when you want them to change,” Catz said at a recent conference
in London. “Even when it comes to processes they don’t like, they’re
afraid of change.”

One of just seven female CEOs in the FTSE 100, Walmsley, who joined
GSK in 2010, leads a global workforce of 100,000 employees. Walmsley
cut her teeth in the cosmetics business, spending 17 years as a L’Oréal
executive posted in London, Paris, Shanghai, and New York. She was
appointed CEO of GSK Consumer Healthcare, a joint venture between
GSK and Novartis, in 2015, and was named CEO of the entire operation
in April of this year. “People regret far more what they don’t do rather than
what they do,” she wrote in an essay published on LeanIn.org, the women’s
empowerment platform founded by Facebook COO Sheryl Sandberg.

Harriet Green
: General manager, IBMThe former CEO of the Thomas Cook Group, London-based Green
presently leads three major business units at IBM: the Watson Internet of
Things, Commerce, and Education. She has been named U.K. Business
Leader of the Year, Veuve Clicquot’s 2014 Business Woman of the Year, and
one of the United Kingdom’s 100 most powerful women by BBC Radio 4 in
2013. Green is a non-executive director of defense and aerospace contractor
at BAE Systems, and is a founder of PeaceWorks, which helps people living
in war zones develop and sell specialty food products.

Wendy Tan White
: General partner, Entrepreneur FirstA London native, Tan White began her professional life as an IT consultant
at Arthur Andersen & Co. She cofounded the Moonfruit DIY website tool
in 1999, having seeded the business with $50,000 of her own money. Tan
White temporarily stayed on as CEO after selling the company to Yell in
2012 for $37 million in cash. Now a general partner at start-up accelerator
Entrepreneur First, Tan White is on the advisory boards for U.K. Government
Digital Services and Tech City U.K., and was 38th on Computer
Weekly’s 50 Most Influential Women in United Kingdom IT for 2016.