Every Guy Fawkes Day (November 5), hacktivist group Anonymous honors the fallen rebel with revolutions that pursue truth, freedom, and lulz. Let’s examine the ops of those behind the Fawkes masks. 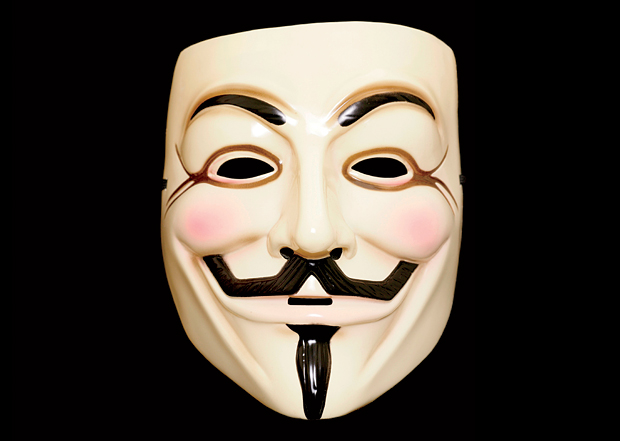 1. Epilepsy Foundation Raid (2008)While trolling for lulz, the group allegedly infested forums on an Epilepsy Foun­dation Web site with links to flashing, strobing images in an attempt to trigger seizures. Many lulz occurred that day, which is also the sound of someone choking on their own tongue.2. HBGary and a Lesson on Hubris (2011)Aaron Barr, CEO of the HBGary Federal security firm, claimed he was going to give the FBI the IDs of top members of Anonymous. Anonymous members then hacked HBGary’s Web site, releasing the info they found and filling his Twitter account with racist tweets. Humiliated, he resigned.3. Operation Avenge Assange (2010)When companies refused to accept donations for WikiLeaks, Anonymous, which supports free access to info, launched an attack campaign aimed at Amazon, PayPal, and Visa, crippling their services and Amazon’s ability to embarrass you with erotic fan-fic recommendations.4. Jailbreak Blues (2011)George Hotzjailbroke a PlayStation 3, giving users the ability to tinker with their machines and either fully own it (Anon viewpoint) or ZOMG PIRACY (Sony’s version). Hotz gets arrested. Anon gets mad and starts in-store “loiter protests.” Never get between a geek and his game. 5. Steubenville Rape Payback (2012)Anon dug up incriminating posts and videos and released names (not all correct) of the rap­ists and witnesses involved in the Steubenville trial. Some called it a witch hunt; others called them Batman. 6. Project Chanology (2008)After a Scientology recruitment video featuring Tom Cruise was leaked, the church sent cease-and-desist letters to sites that hosted it. This angered the Anon masses, who got even by sending unpaid-for pizzas and escorts to Scientology centers.

Check out How To: Escape a Motorcycle Ambush and 5 Romantic Comedies That Would Work Better As Horror Movies.