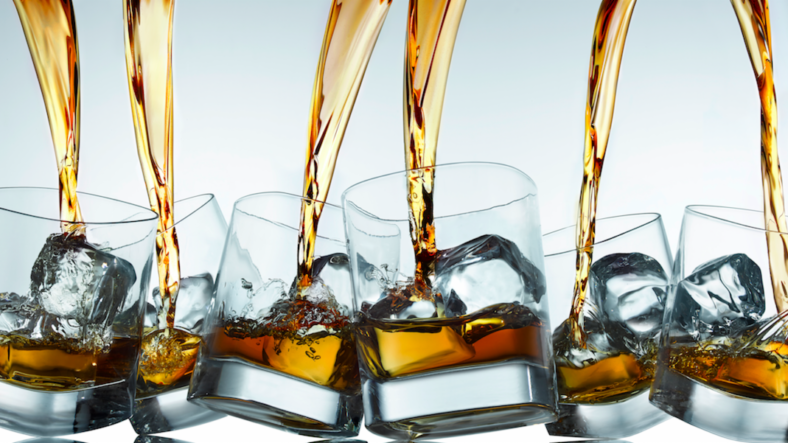 America’s favorite spirit has never been hotter. Bourbon has soared in popularity over recent years for good reason: it’s a whiskey category that balances strict quality standards with plenty of room for innovation.

Whiskey has to be made from 51 percent corn and aged in new American oak barrels to be called bourbon, but that leaves a lot of space to experiment. And experiment they have: distilleries are putting out new products so fast that it can be hard to keep track.

The connoisseur culture around bourbon means that even the most brand loyal drinker is keeping an eye out for the next best thing.

So over the last few months, we’ve tried dozens of new bottles to help those choice-burdened bourbon lovers pick out the best new stuff on the shelves right now. Here are 10 of our favorites:

Colonel E.H. Taylor is the Buffalo Trace brand where you’re most likely to see exciting experimental bourbons, and Four Grain is the latest. Made with corn, rye, barley, and wheat, Four Grain is an earthy, spicy whiskey with more depth than punch to its flavor. The collectors will be fighting you over it, but it’s worth taking a few punches for. $70

Maker’s Mark has really jumped into the innovation pool in recent years. They just completed a massive cellaring facility for their Private Select program, which allows bars, restaurants, and liquor stores to customize their own Maker’s Mark bourbon barrel with a similar process to Maker’s 46. The resulting whiskeys are worth trying anywhere you can find them. Prices vary

The folks at Beam really want every batch of Booker’s bourbon to be unique, and they accomplish that by gathering a panel of expert drinkers (we’ve been on it) to make sure the final product is unique but still inherently Booker’s. “Tommy’s Batch” is particularly dark and nutty, with caramel and roasted vanilla notes. $70

Bulleit has quickly become one of America’s favorite bourbons, so when they announced a cask strength offering last year we got excited. It’s been slow going to get it out though, and only now are we seeing any significant supply hit shelves. If you can find it, it’s the best Bulleit product on the market, with tasty toffee notes and even more oak. $50

Not every pre-Prohibition recipe is worth reviving, but we’re glad Old Ripy was brought back from the dead. It’s an oaky, rich whiskey with some fruity notes that make it nicely balanced. The final product isn’t technically bourbon, because the blenders included some 12-year-and-younger juice to balance things out. We’re happy they did it: it’s a better whiskey for it. $50

Michter’s doesn’t always put out its limited edition bottles, so when the 2017 batch of Michter’s 10 Year Bourbon got approval in February you knew it was going to be tasty. The high rye bourbon is spicy and sweet, showing a lot of the character of its age without emphasizing too much of that oak character. Don’t waste this one on cocktails. $120

Jim Beam knows many bourbon lovers like oak, so they took their much-beloved Jim Beam Black out of the barrel and put it in a whole new barrel for just a little more time with new charred oak. The resulting whiskey is wood and vanilla forward, which is great for bourbon fans that love oak, but at a real bargain price, it’s also amazing in cocktails. $23

Old Forester is one of those few distilleries allowed to keep making whiskey for prescription drinkers during Prohibition. They recreated that recipe for a special release, so that us modern drinkers feeling under the weather have a great medicine to sip on. It’s a complex, spicy, sweet bourbon that just we can’t get enough of. $60

A big name in recognition of a big personality. Four Roses is what it is today in no small part because of the work of Al Young, and they’ve decided to honor him with a retro bottle containing a blend of bourbons up to 23 years of age. It’s a collector’s item–a tasty one. It’ll be out in a few weeks. $150

High West won Distillery of the Year from a prestigious whiskey magazine this year, but it’s this juice, which they source from other distilleries, that is really the best thing they make. Bourye is a blend of bourbon and rye aged 10-14 years. It’s aged to perfection, and blended to perfection, with bold vanilla and cinnamon notes, punctuated by that rye spice. $80