10 Bottles of Gin You Should Be Drinking Right Now

Celebrate World Gin Day with a G&T or martini from any of these standout bottles. 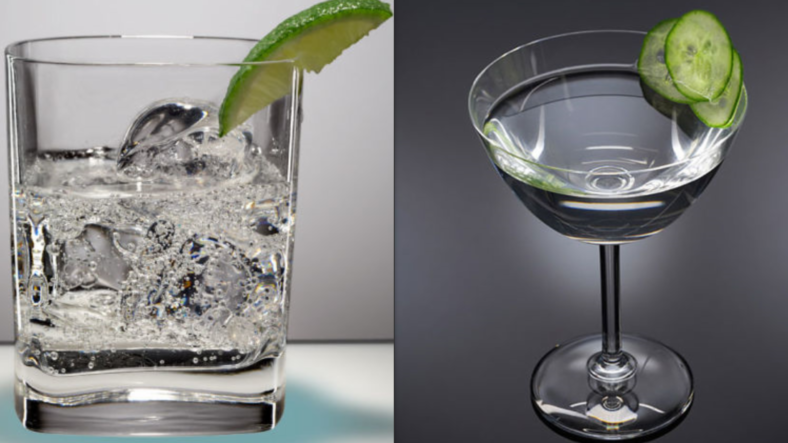 June 10 is World Gin Day, yet another arbitrary, made-up holiday for the spirits industry to push something on consumers. On the other hand, these holidays give you a really good excuse to read through round-ups of different types of liquor and then go out and drink them all. So in that spirit…

There are several different categories of gin; each basically differs based on how it’s distilled and how the flavoring botanicals are added. But at its core, gin is a neutral spirit that’s given life, vigor, and a reason to get in your mouth, first and foremost, because of the flavor of juniper berries. Beyond that, it’s sort of a free-for-all. Gin also happens to be produced in almost every part of the world these days, and has come a long way since the Dutch started using it to treat gout and indigestion back in the 17th century.

So on this World Gin Day, get out there and endorse the concept of globalism by making a martini (go ahead and shake it, those little shards of ice that form on top are like frigid magic crystals), a Martinez, a gin and tonic, or countless other cocktails to which adding vodka would just be a travesty.

Beautiful evening discovering the local in-season #botanicals of #NYC with @helendealtry and @nicamille. Through scent and organic form, we introduced our painting guests to the aromas of local botanicals whilst they sipped delicious #gin #cocktails! #thebotanist #IslayGin

Scotland is better known for its malt whisky, but it’s also the source of some very good gin. In fact, popular London dry style gins like Tanqueray and Gordon’s are distilled in Scotland, as is the uniquely Scottish Hendrick’s Gin. The Botanist is distilled on Islay at the Bruichladdich distillery, and uses 22 different local botanicals that it claims are hand foraged on the island. It’s lightly floral, and always interesting in a cocktail.

Entertain with ease with our beautifully versatile gin. Perfect as a Caorunn & T, equally beautiful in any classic or contemporary cocktail. Image kindly shared by bottleinthehand via Instagram #Regram #BankHolidayMonday.

Yes, this is another Scottish gin, but they just make it so damn well there. Caorunn (Gaelic for “rowan berry”) is distilled in the Highlands using a variety of 11 botanicals including, obviously, rowanberry, bog myrtle, and heather. In other words, it couldn’t really be more Scottish. The gin is distilled at the under-the-radar Balmenach Distillery, which produces whisky as well.

It's all about the mums for the next couple of weeks friends. #MothersDay is coming up, so say thanks with a couple of rounds of fabulous #cocktails, made with love #mumsrock #FourPillarsGin #RareDryGin

Four Pillars is a relative newcomer on the gin scene, having got its start in 2013. The “four pillars” refers to the bedrock upon which the distillery stands: copper pot stills, water from Australia’s Yarra Valley, local and sourced botanicals, and love (duh). In addition to the Dry Gin, the distillery also makes a Barrel Aged Gin and an annual Christmas Gin that uses Christmas pudding as a botanical and is blended with barrel-aged gin and Muscat.

Our connection with the sea is visible in every part of our gin. Even the bottle. #GinMare #Mediterranean #Gin

Gin Mare is considered to be a Mediterranean gin for good reason. This Spanish spirit is infused with the flavor of olive, thyme, rosemary, and basil, giving it an almost savory mouth feel and making it a perfect match for a dirty martini, if you are so inclined.

It’s really, really difficult to pick just one American gin. There are so many good options, from literally every corner of the country. You could just as easily go with Aviation, Blue Coat, St. George Spirits, Junipero, or Leopold Bros. But let’s stick with Brooklyn-based NY Distilling Company’s Dorothy Parker American Gin. This gin, which was named after the iconic New York critic and writer, is both classic and modern, flavored with juniper, citrus, and cinnamon, among other botanicals.

Citadelle, the french gin made in Charente, of course.

Citadelle Gin, a London dry style gin, has been around since the late ‘80s and is distilled by Maison Ferrand, a major cognac producer in France. Bottom line is that it’s a fine gin, with a strong flowery presence from the 19 different botanicals employed to flavor the spirit.

🍃VOR GIN🍃 Today we are here with Vor Gin. Vor means spring in Icelandic. Vor is a rather special gin, it’s an 100% organic pot-distilled gin. We can already say to you that the combination of the botanicals is unlike everything else you’ve ever seen in a gin. The gin is made by a father and his 3 sons. The family of the guys know a lot about farming and agriculture, so they knew that they wanted to produce the first 100% organic and Icelandic gin. Now back to the botanicals. The botanicals in question are a mix of traditional and local; which combines to form an unusual mix with a strong sense of place. The botanicals are juniper, angelica root, rhubarb, crowberries, birch leaves, thyme, Icelandic Moss, kelp and kale. Like we said a very special combination. —— We are looking forward to give you some information about this gin, about the taste and the serve we made. —— If you are interested in this gin, just like we are, then go to the website of ginsonline, and buy this fantastic bottle. OR subscribe to the monthly ginbox of ginsonline, because the box of this month got some very nice gin in it! (if you know what I mean 😄). ——- Don’t you know what this subscription is? Well, you can choose between 3 formulas: – The first one is the “discover formula”: this costs €39,99 and contains a secret bottle of gin. – The second one is the “perfect serve formula”: this costs €49,99 and containes a bottle, 4 tonics and botanicals. – The last one is the “passion formula”: This costs €54,55 and containes the bottle, 4 tonics, botanicals and a surprise gadget. What is likely about these formulas, is that you can save up to 20% from your order! You should give it a try! What is also new is the mystery box. This costs €54,99 and can be ordered one time a month. It has a nice surprise in it, with off course some gin. Cheers and enjoy your weekend! —— Gintasticbelgium🍸 #gin #ginsonline #vorgin #ginto #gintonic #gintomytonic #gintasting #drinkstagram #gin🍸 #ginstagram #l4l #gintasticbelgium #weekend #spiritsaward2014

Vor is Icelandic for “spring,” which serves as the inspiration for this Arctic-adjacent gin. Vor is made from a 100 percent barley spirit base and flavored with botanicals including Icelandic juniper, rhubarb, kale, and wild picked sweet kelp. The small Eimverk distillery produces the gin, along with a single malt whisky called Floki.

Like Scotland, Japan is better known for its whisky than for gin (not to mention sake), but the Kyoto Distillery is trying to change that perception. Kyoto Dry Gin, bottled in stark, opaque glass, is made from a rice spirit base and flavored with Japanese botanicals like yuzu, hinoki wood chips, bamboo, and gyokuro tea. It sounds like the minds behind this gin are trying to make something truly representative of the Japanese terroir.

You think Ireland, you immediately think Irish whiskey, right? But the Glendalough Distillery is set to release its first gin in the U.S. market, Wild Botanical Gin, this June. The company works with a local forager every season to go out and pick the botanicals for this gin. It’s hard to say exactly what those are, or at the least the distillery doesn’t specify, instead pointing out that the tempestuous Irish weather means that the botanicals are constantly changing. But over all, expect some juniper, citrus, and pine.