10 Reasons Why Mean Dads Are Better Dads From Tom Shillue, Author of ‘Mean Dads for a Better America’

He’s only mean because he loves you. 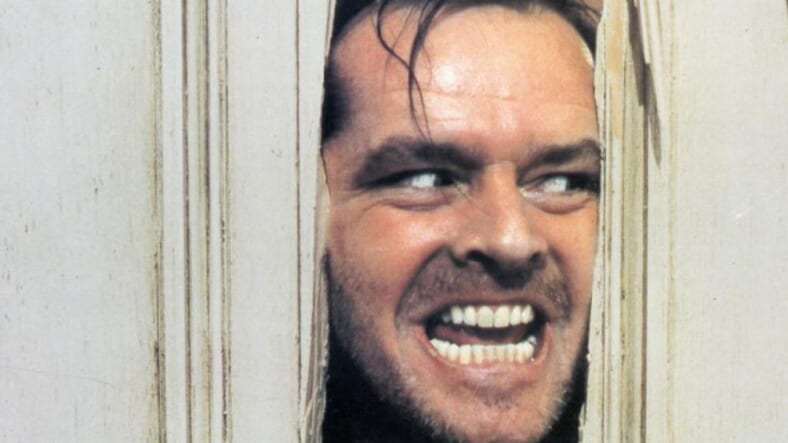 Is it better to be a mean dad than be a total pushover? Author Tom Shillue certainly thinks so.

In his new book, Mean Dads for a Better America: The Generous Rewards of an Old-Fashioned Childhood, the comedian and former Fox News host takes a hilarious look back at his childhood and the simple American values that shaped his worldview.

Growing up as one of five kids in a devout Irish Catholic family outside Boston, Shillue believes that the rough-and-tumble, rules-dominated world in which he came of age was a better America—a time and place that made him the man he is today.

Check out this excerpt from Mean Dads for a Better America, out June 6, about why bad dads are really the best dads.

1. He instills fear.Fear is good for child development, and fearing actual danger is very important. If you’re not afraid of fire, you’ll get burned.

As you grow up you learn which fears are real and which are not, and it’s always liberating to discover when one of your fears is unfounded. You think, My dad is going to kill me when he finds out! But he doesn’t kill you. You live to see another day. Your dad is not a murderer­­—that’s great news to a kid!

2. He is not fair.A mean dad is not fair. And that’s the best way to prepare you for the world, which also is not fair. You just have to remember to treat the world like your dad­­—don’t get in the world’s face right when they get home from work. Wait until the world has a beer and some food in them.

3. He’s a disciplinarian.Mean dads are all about discipline. Which is really a drag as a kid, but later in life, you’ll appreciate it. As my dad used to say, “through discipline comes freedom.” Actually Aristotle said it, but my dad stole it from him. Mean dads only steal from the best.

4. He makes You a better AmericanMean dads make you visit all national monuments, and take you all the Memorial Day parades and Fourth of July celebrations. Did my dad do it out of pure love for his country, or the fact that he wanted to fill his weekends with family activities where he didn’t need to do a lot of talking?

It doesn’t matter. The point is, a little patriotism is bound to sink in after you’ve been forced to trudge The Freedom Trail and climb Bunker Hill for the hundredth time.

5. He keeps you in line.Mean dads are a built in excuse that you can use to get out of all kinds of dumb things that other adolescents want you to do. “I dare you to chug this whole fifth of Southern Comfort!” “No way,” you’d say. “My dad would kill me!” And they understood.

As an example, think back to that high school chum of yours that did drink the fifth of Southern Comfort, then threw up and passed out near the train tracks. Did that kid have a mean dad? Didn’t think so.

6. He makes Mom’s life easier. Let’s face it, mom gets rolled by the kids. They are so chock full of sympathy that they give in to their demands, and kids get to know the best times to strike mom at her weakest. There was a reason that “Wait ‘til your father gets home!” was such an effective threat. Now, in our current world of soft dads, it’s lost its effectiveness.

7. He’ll make your job as a dad easier.Growing up is all about lowered expectations. After growing up with a mean dad, all other authority figures will pale in comparison. Mean dads set the bar so high (or low, depending on your perspective) that everyone else seems like a pushover in comparison.

When you become a dad yourself, and you have to punish your kids, you can always console them with a long-winded speech about how much worse you had it.

8. Mean dads make for great stories.When you are belly up to the bar with your colleagues, or at your buddy’s house watching football, there is nothing better than regaling the crowd with tales of your mean dad. Chances he had a catch phrase, an odd habit, or a moment of extreme anger that lends itself to some classic comedy.

Nice dads are boring. Mean dads are many things, but they are certainly never dull.

Take it from me—my mean dad is the biggest pushover to my two daughters. I tell my girls how much I used to fear my dad, and they laugh. “Who, grandpa Shillue? He’s not so tough.” Why should I burst their happy perception of my dad? And besides, he’s earned the right to relax by now.

10. He is only mean because he loves you.Mean dads are only that way because they care—they want the best for their kids and know that a firm hand will guide them to a great outcome and a happy life.

Maybe he’s not big on “I love you,” but you figure it out eventually. And when you let him know what he means to you, he’s not surprised. They were never about instant gratification anyway. Mean dads are more than willing to wait 50 years for a “thanks, Dad.”