10 Ways Your Brain Is Secretly Screwing With You

This is seriously messed up. 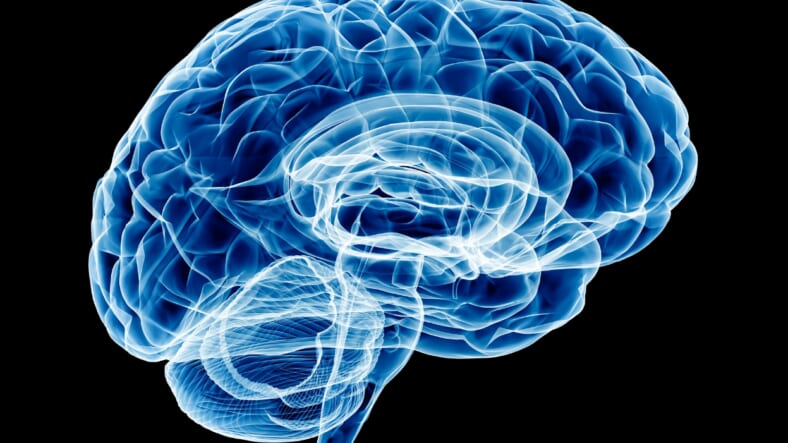 After many years of using and abusing my brain, I became curious about how this squishy little supercomputer inside my head worked.

So, I decided to talk to the experts: scientists, academics, musicians, and poker champions. The result is a book, just out this week, called It’s All In Your Head.

Here’s a little taste of what I learned—and I warn you, it ain’t pretty.

1. Your brain wants you to be addicted. Your brain likes patterns. It remembers whatever you repeat, digging and then reinforcing a neural groove so to speak, and that’s how we remember.

Did a bear claw our face off last time we poked it with a stick? Let’s not poke this one. Did we like cocaine? Awesome, let’s go get some more cocaine. We’re literally wired to have habits and addictions.

2. It makes poker unnecessarily hard. Evolution’s made you uncomfortable with lying—poker tells are your body betraying you. When you’re sweating, bouncing that knee, or playing air guitar—everything that makes everyone clockwise of you certain you didn’t fill that flush—they’re all basic signs of nervousness.

3. It’s a junkie that lives in your head. Chocolate, sex, drugs, and helping a little lady across the street may seem like different things, but they all make you happy for exactly the same reason: Dopamine, your brain’s home-cooked everything drug, doled out at the slightest provocation, making for some confusing associations.

4. It can’t remember shit—it only thinks it can. Your memories aren’t stored like computer files that keep their quality every time you replay them. It’s more like a single filthy hobo diary, where everything new is written over stuff that’s already there, and you can sort of still see the old stuff but you’re guessing on the parts that can’t be read anymore for all the blood and coal dust and cat vomit on the pages.

5. It takes your balls away. Your rational mind, centered in the cortex, understands your roommate with the dinosaur mask who just jumped out from behind the door isn’t really a threat. But while it’s composing a hilarious response, the ancient reptilian part of your brain, responsible for the automatic “fight or flight” response, is shrieking like a toddler, and wetting your pants just to be on the safe side.

6. It lies to you about the world. You have a sizable blind spot in each eye, right where the optic nerve pops out of the back. So why don’t you see these black holes?

What you “see” is really more like a movie your brain edits on the fly, filling in gaps to tell a coherent story of what the hell’s going on out there. Magic and illusions work by convincing the brain to tell a story that can’t be true.

7. There are no such thing as dreams. Not individual ones with beginnings and ends, anyway. There is only a sort of “dreamingness” state you enter into, a couple of times a night, where your brain is starved for sensory inputs so just recombines stuff it already knows. We sometimes remember the gist when we wake up, and try to tell it as a structured story. And man, do people love hearing about your dreams.

8. Your brain ignores almost everything. There are millions of potential sensory inputs in every waking moment; your brain can only process a few dozen at most. So, it has evolved mostly useful techniques for ignoring the vast majority of what’s going on.

This is why a car alarm can start to bug you after awhile though you didn’t even notice it at first. Or why you have to focus so hard when a pissed-off significant other is going on and on and on about the same thing you said about her mother.

9. You can’t actually multitask; you only think you can. What you’re really doing is shuttling quickly between tasks, and you’re feeling on fire and smarter than ever but you actually lose about ten points of effective IQ. Your brain gives you a false sense of security, though, and that’s why you ate a telephone pole trying to text and drive and shave in the rearview mirror, all at the same time.

10. Your brain will kill you if it thinks you’re dying. Yeah, you read that right. It was always assumed that in dying people, lack of blood flow from a dying heart would kill the brain. But it’s the other way around: When the brain feels the end coming, it shuts down the heart. Researchers made asphyxiating rats live longer by severing their spinal cords before the brain could do its dirty work.

A simple thank you from the rats would have been nice, but whatever.

Former Maxim editor-in-chief Keith Blanchard took what brain cells he had left and wrote a book, It’s All In Your Head, on sale November 1st. You can buy it here.