Here are the 15 Best Damn Barbecue Sauces in America 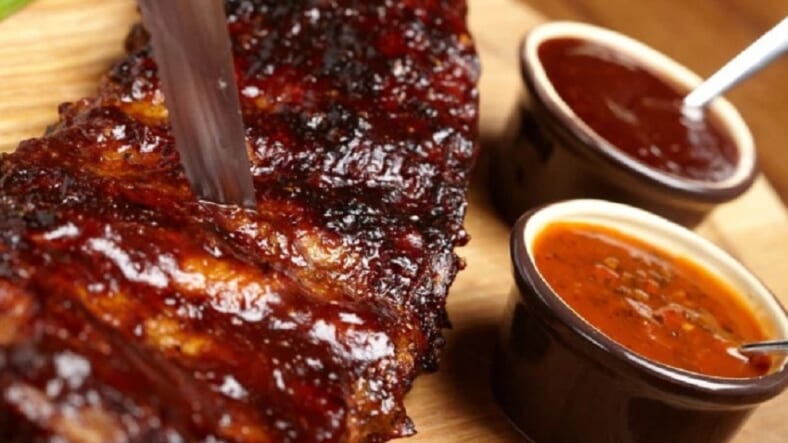 It’s the middle of June but Fourth of July weekend still seems a long way off. It’ll be here before you know it, though, and for many of us inveterate meat eaters, that means barbecue season is in full swing.

But don’t go anywhere near that grocery store aisle for the sauces until you check out the following breakdown.

The practically-named Barbecue News holds a couple of events each year for the last 7 years geared toward finding the very best barbecue sauce available. The site’s lists focus on sauces applied to the types of meat you’re most likely to slap on the grill as the rockets burst in the air and hot chicks hit the beaches clad in red, white, and blue bikinis.

Any old sauce is eligible, from whatever’s on the shelf to homemade stuff.

Broken down by meat choices, here are the top 5 in each category for 2017. We included images, tweets, or Instagrams where we could, but some of these may require a barbecue getaway just to sample them at their home restaurants. (You can see the full lists here.)

Too much ain't enough! pic.twitter.com/O6iZCz1R1k

Free goodies to our 10k like over on our FB page! Giving one out here on twitter too! Retweet for your chance to win pic.twitter.com/Li2Byt1Kas

Of course there are 15 more sauces on the full lists, but the above should be more than enough to keep the backyard barbecue lover busy with taste tests till August, at least.