See The Brutality of World War I in New ‘1917’ Trailer 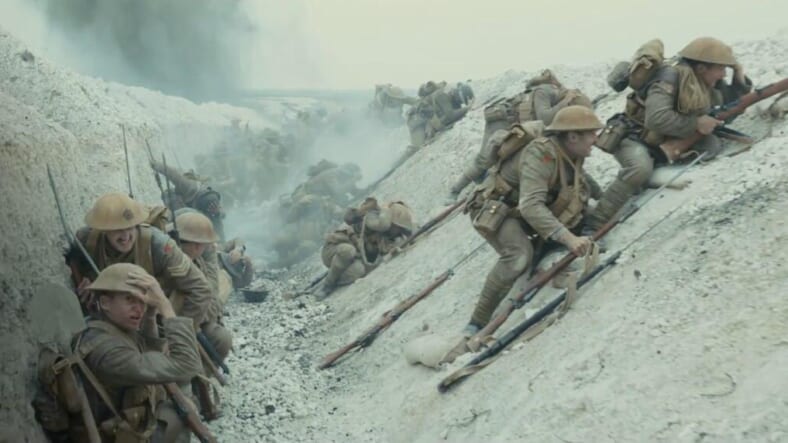 The latest trailer for 1917 offers another unnervingly hellish look at what was supposed to be the war to end all wars.

Helmed by Spectre director Sam Mendes, the upcoming WWI epic follows two young British soldiers, played by George MacKay (Captain Fantastic) and Dean-Charles Chapman (Game of Thrones), as they trudge through muddy, trench-laden battlefields on a mission to cross enemy territory and call off a planned attack. If they fail, 1,600 men—one of them being the brother of Chapman’s character—will be massacred.

As Rolling Stone notes, the trailer comes just days after Universal Pictures dropped a behind-the-scenes video that shows how Mendes and award-winning cinematographer Roger Deakins designed the filming process to make it look like all scenes were captured in one continuous shot, thereby immersing the viewer in the story.

“What Roger manages to achieve is for that camera to become a third character,” Mendes said during a panel at New York Comic Con. “If you’re looking at this movie and thinking, ‘it’s one shot,’ I think we will have failed. If you don’t care about [the characters], if you don’t go on that journey with them, then what’s the point? We were on the same page about that from the very beginning.”

“It was this really awesome challenge,” Deakins added. “Everything’s got to be in sync,” he said. “When you’re almost to the end of the shot you’re like, ‘I hope I don’t blow this.’ It was a real trip.”