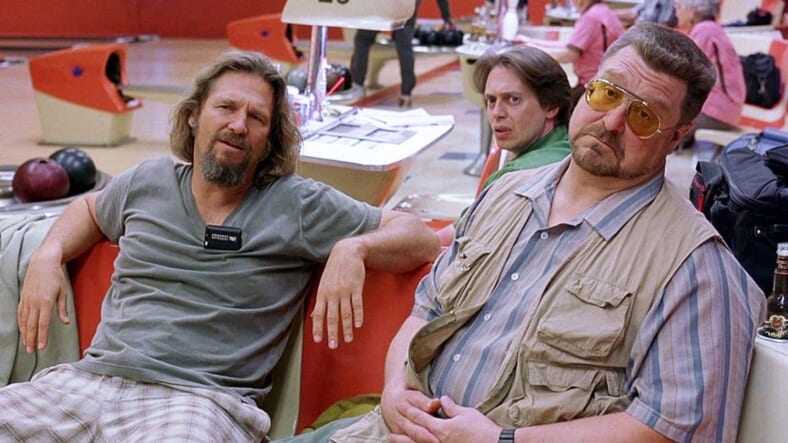 The Big Lebowski is officially turning 20 years old in March. After you let that sink in for a minute, take a minute to appreciate what this fiercely beloved comedy classic has given us. Lebowski is one of the finest Coen Brothers movies ever made, and its easily one of Jeff Bridges’ funniest performances.

More than that, try and name a movie quite like it. Hollywood is constantly cannibalizing itself and crapping out mediocre variations on better movies that have come before. But Lebowski is one-of-a-kind. It’s damn hard to imitate, or rip off, and thankfully we’ll never be subjected to a half-baked prequel, sequel or reboot.

The Big Lebowski gave pop culture one hell of a legacy with its script. More than most movies you see, it is a master class in churning out memorable lines.

To commemorate the first time we met The Dude, watch 20 clips of the best quotes from Big Lebowski.

“That rug really tied the room together.” No one can top John Goodman’s delivery.

“I’m the Dude, so that’s what you call me. That or, uh His Dudeness, or uh Duder, or El Duderino, if you’re not into the whole brevity thing.” As with The Highlander, there can be only one Dude.

“Fuck it, dude, let’s go bowling.” Not sure who could resist that invitation.

“Smokey, this is not Vietnam, this is bowling. There are rules.” Walter Sobchak would know.

“Nobody fucks with the Jesus.” Given Jesus’ taste in who he wants to fuck, let’s hope that’s eternally true.

“Yeah, well, you know, that’s just, like, your opinion, man.”  Two classic lines in one scene, as this one is followed by the Jesus line.

“Shut the fuck up, Donny.” Seriously, if you haven’t used this on one of your dumber friends, throw it in there.

“Son, this is what happens when you FUCK A STRANGER IN THE ASS.” See, this is how John Goodman’s Walter Sobchak damn near stole the whole movie.

“Smokey, my friend—you’re entering a world of pain.” About 1:30 into the video. And we’ve all had a friend like Walter Sobchak. That friend is probably in prison now.

“Obviously, you are not a golfer.” The Dude handles that dunking really well, considering.

“Do you have to use so many cusswords?” Sam Elliott could read the operating manual for a toaster oven and make it sound epic.

“Careful, man, there’s a beverage here.” The dude knew what was most important in life.

“Hell, I can get you a toe by 3 o’clock this afternoon with nail polish” Because who hasn’t wanted to get a toe now and then.

“This is a very complicated case Maude. You know, a lotta ins, a lotta outs, lotta what-have-yous.” The Dude would be one hell of a cop.

“This aggression will not stand, man.” The Dude was nothing if not civil.

“She’s not my special lady, she’s my fucking lady friend.” Everyone should refer to their female friends like this.