Pull up a barstool and listen up… 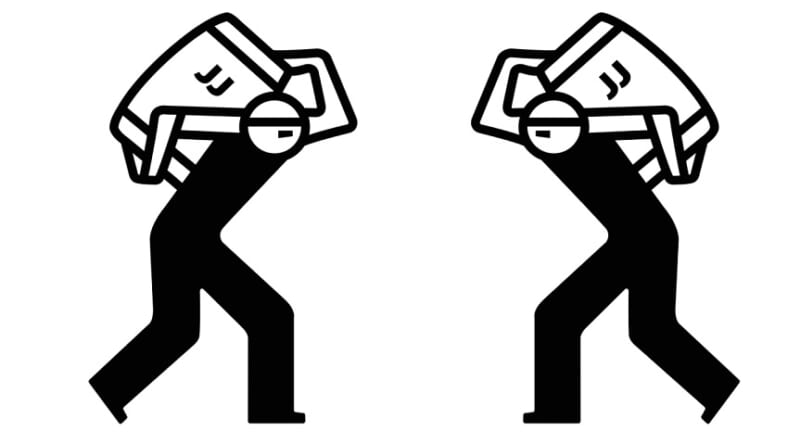 Jameson has long been synonymous with great whiskey. It’s poured at every bar, sold at every liquor store and guzzled by blended Irish hooch lovers the world over. Its distinctive smooth-bodied taste makes it a go-to sipping whiskey, a perfect shot to throw back with a beer, and an ingredient in enough killer cocktails to fill a damn book.

But you’d be surprised at how much you may not know about the most beloved alcoholic Irish export this side of Guinness. Here’s 20 facts you probably didn’t know:

Yep, just another tidbit to further muddle that eternal Irish Whiskey versus Scotch debate. A lawyer by trade, John Jameson was born in Alloa, Scotland in 1740. He went on to marry Margaret Haig, whose cousins established Dublin’s Bow Street Distillery in 1780—hence the use of that number on the brand’s label. It’s all about who you know: Jameson was initially hired by the new wife’s family as a general manager.

2. Jameson is owned by a French company

Since 1988, Jameson has been owned by French liquor giant Pernod Ricard, owners of Chivas Regal, Seagram’s, and Absolut among others. But don’t worry, they’re still making Jame-O at the brand’s Cork, Ireland HQ the same wonderful way as always.

3. Jameson is the best-selling Irish whiskey in the world

It’s really not even close. 31 million bottles sold every year, and Jameson accounts for more than 70 percent of all Irish whiskey sold in the USA. When Pernod Ricard bought Jameson, only half of its whiskey left the country, and about half a million cases were made every year. But today 90 percent of the 4.7 million cases of Jameson produced are exported around the world.

The old world-renowned distilleries on Bow Street and in John’s Lane in Dublin were closed following the opening of the New Midleton Distillery in Cork. The Bow Street Distillery still serves as museum and mecca for devotees of the spirit, and after its recent reopening is definitely the spot to hit for tours, tastings, and nightlife, with most production taking place in Cork.

5. Believe it or not, Jameson wasn’t sold by the bottle till 1968 Before that you had to buy a whole damn cask. Casks are still available, but they’re considerably more difficult to fit into your apartment. Pricing, quantity, and age may vary, but cask-owners typically keep their stock maintained by the pros in Cork. They’ll even let you visit your oaken baby whenever the mood strikes.

6. Unbelievably, Irish whiskey used to have a terrible reputationImmense damage was done to the reputation of Irish Whiskey during American prohibition, as this market was cut off from the source and moonshiners began to peddle cheap swill as the genuine article. Jameson and other Irish distilleries have long since banded together to maintain a standard of gloriously high quality for anything sold as Irish whiskey, despite fierce competition within the category.

7. The world’s biggest server of Jameson used to be a bar in freaking Minnesota

The Local an “old-world” Irish pub in Minneapolis, held was officially declared Jameson’s biggest server between 2005 and 2009, selling about 25 bottles every day.

The brand’s founder wasn’t just a legendary slinger of whiskey, his genes ultimately brought us the Italian electrical engineer and inventor responsible for the invention of radio transmission. Had that giant, whiskey-thieving Hawk of Achill taken Jameson out, you might not have WiFi. Scary thought.

9. All the barley used to make Jameson is locally-sourced

This most crucial component in great whiskey is all sourced within 50 miles or so of the Cork distillery. A starchy bi-product left over after the whiskey has been made is then re-purposed as feed for local cattle. It’s a completely sustainable and totally eco-friendly method that you can feel good about the next time you’re ordering a bunch of shots.

10. Despite its everyday whiskey reputation, Jameson has won a ton of awards

The brand’s impressive list of accolades is proof enough of that. Particularly lauded among golds and “double golds” awards is the Jameson Rarest Vintage Reserve. Made of some of the oldest and rarest whiskey components in existence, this tasty as hell variety is considered to be among the finest Irish whiskeys you can hope to taste.

11. Triple-distilled whiskey is a Jameson signature

The phrase “Triple-Distilled” appearing prominently on any bottle of Jameson is significant. Compared to some of its typically twice-distilled cousins in Scotland and the U.S., Jameson’s mellow smoothness comes from using that extra still in the process, which removes even more impurities from the spirit.

After a century of hardship—including American prohibition and the Irish War of Independence—a merger between the four largest brands on the Emerald Isle took place. This left Jameson the only name in the game.

13. Lady Gaga Just Can’t Get Enough of It

I’m sure you were wondering about this, right? But in addition to celebrity boosters like Maggie Gyllenhaal and Kevin Spacey (owner of his own cask, tended to in the Cork distillery), Lady Gaga is a major Jame-o fan. The quirky pop queen confessed in a 60 Minutes interview that she drinks “a lot of whiskey and I smoke a lot of weed when I write.” Guess that would explain that infamous meat costume, right?

14. The quality of the barrels are extremely important

With over-harvesting making Irish Oak rare after about 1850, most Jameson barrels are made from oak found in the US of A. Useful varieties may also come from England and Spain. Any wood that will eventually house Jameson is hand-selected by teams of professional surveyors every year, selected for flavor and ideal grain for barrel-strength.

15. They also have Kentucky bourbon roots

Though some variants are housed in larger 500-liter casks previously used for production of Spanish Sherry, Jameson’s most-wanted varieties typically mature in bourbon barrels imported from Kentucky. The reuse of these 200-liter oak casks benefits all involved, as US federal law prohibits the use of anything other than “virgin oak casks” for production and the flavor of Jameson is largely due to 9 or more years soaking in the one-off wood.

The coopering (barrel-making) process involves a lot of flames, initially a fire set on the inside to bend the wood into place, but later to “char” the inside of the barrel to remove odor, filter impurity and provide taste (twice done for my smokey-sweet personal favorite, the aptly-named Jameson Black Barrell).

While Jameson barrels are maintained and repaired in Cork under the supervision of the uber-knowledgeable Master Cooper Ger Buckley, the bulk of the coopering has always taken place off the distillery site to ensure the whole place doesn’t go up in smoke.

The phrase refers to the amount of spirit that is lost during the aging process, which varies depending on locale. United States storehouses see as much as a 7-percent reduction annually. Even at a respectable Irish 2 to 3-percent, Jameson still sees about 30,000 bottles drifting off into the ether every day. If you happen to be visited by an angel, expect some slurred speech and hugging.

18. The darker the booze, the longer it has lurked

From nearly clear to a rich deep amber-brown, a whiskey’s age affects its appearance. The finer batches with heavier flavors might be heavily aged, while lighter-tasting, paler varieties haven’t spent quite as much time inside the cask.

19. The brand’s Barrelmen are the stuff of legend

In the early 20th century the whiskey makers designed the image of the Jameson Barrelmen above to go on some labels to commemorate the people doing the heavy lifting in whiskey distilleries.

20. The motto on the brand’s coat-of-arms has a pretty badass meaning

If you squint you can see a banner below the Jameson label’s shield symbol that reads, “SINE METU.” It means “without fear.” The Jameson family was granted the motto for their bravery battling pirates in the 1500s.