If it doesn’t go viral, did it really happen? 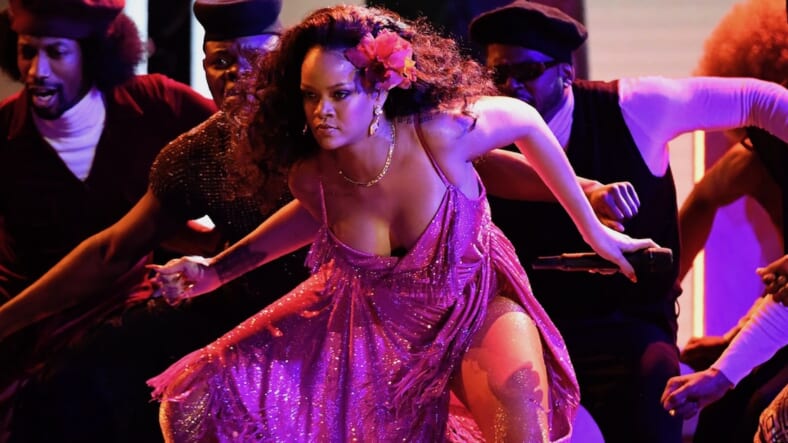 They’re really just trying to catch celebrities off their guards and capture viral-worthy moments for a chance to get a meme #trending.

Thankfully, the 2018 Grammy Awards were a gold mine of celebrities doing wacky shit and pulling weird faces that made the Internet collectively say, “Same!”

Cardi B trying to figure out what the hell Giuliana Rancic is talking about is a mood pic.twitter.com/C0phvVwSpd

Chrissy Teigen flashed a shocked face when husband John Legend mentioned on the red carpet their new Japanese toilet that sprays your butt.

THIS is why @chrissyteigen is the meme queen 👑👑#GRAMMYS #ERedCarpet pic.twitter.com/OlNgJIh7UK

Rihanna‘s epic side shuffle during her performance “Wild Thoughts” was the definitely sexiest of the night.

🤦🏽‍♂️🤦🏽‍♂️🤦🏽‍♂️ This is basically what Rihanna started doing at the end of the Wild Thoughts performance 😂😂😂 #GRAMMYs pic.twitter.com/jjwBBmVkcS

The cutest, of course, goes to 6-year-old Blue Ivy Carter, who shushed Beyoncé and Jay-Z in an all-too-relatable “Ugh, my parents are so lame!” moment.

Blue Ivy controlling the crowd and the world. #Grammys pic.twitter.com/oWLnRFlvcT

An Apple ad of Childish Gambino’s “Redbone” ran through its facial-recognition Animoji technology got some play online.

And let’s give it up for nice guy Tony Bennett.

We are all Tony Bennett. #grammys pic.twitter.com/MSAM6MRBgQ