2019 Oscars: All The Winners, Best Moments and Hottest Looks

See the top moments from the 91st Academy Awards. 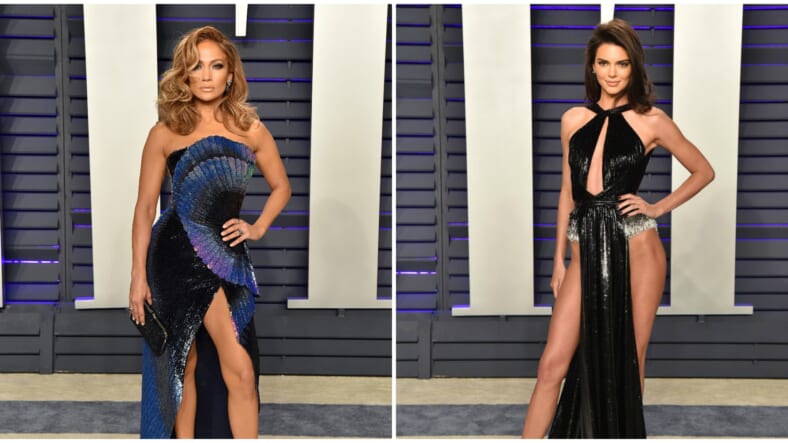 The experimental 91st Academy Awards went live Sunday night with no host—and it also did without movie montages or monologues. Still, there was no shortage of musical performances, stunning celebrity looks, acceptance speeches, and of course, awards for incredible talent.

Lady Gaga was glamorous as ever and won the Oscar for Best Original Song for “Shallow”:

Jennifer Lopez proved once again that she doesn’t age, ever:

Billy Porter wore a tuxedo ballgown as an homage to an underground icon of the 80s-90s gay ballroom scene in New York City:

Kendall Jenner wore a very daring ensemble to the after-party:

Rami Malek took home an Oscar for Best Actor for his performance in Bohemian Rhapsody, but his night wasn’t all good—he fell off the stage and was treated by paramedics:

Rami Malek on his #Oscars win for Best Actor in 'Bohemian Rhapsody': "We're longing for stories like this." https://t.co/9jiGH28aQ0 pic.twitter.com/BetWAhmzAJ

Queen and Adam Lambert opened the Oscars with a Freddie Mercury tribute, which was only fitting as Malek’s Bohemian Rhapsody was up for five nominations:

Lady Gaga and Bradley Cooper performed “Shallow” from their movie A Star is Born and it was very…emotional, with lots of loving gazes:

Even though it was just a performance, Twitter had a blast over the romantic duet considering Bradley Cooper is dating and has a baby with model Irina Shayk.

Spike Lee won an Oscar for Best Adapted Screenplay for BLACKkKLANSMAN and celebrated the win with a fantastic hug with Samuel L. Jackson, as well as a speech that ended with a political statement:

“The 2020 Presidential election is around the corner,” he said. “Let’s all do the right thing! You know I had to keep that in there!”

And lastly, here are all of the winners from the 2019 Oscars:

Spider-Man: Into the Spider-Verse

Best Actor in a Supporting Role

Best Actress in a Supporting Role