’24’ Is Coming Back, But Without Jack Bauer 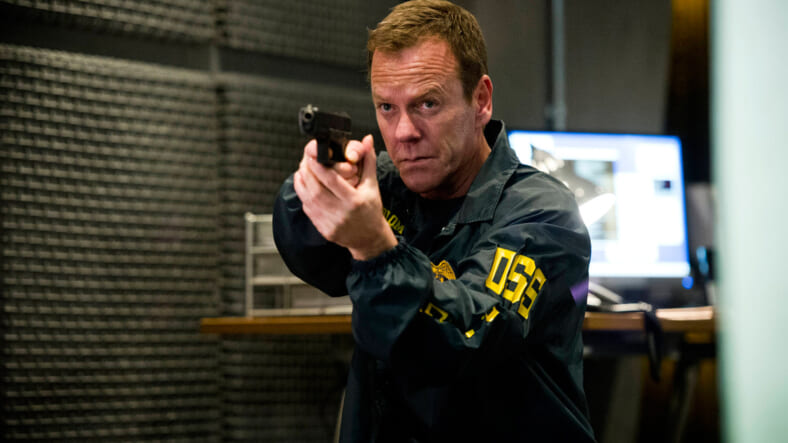 24 is coming back to Fox — but it will be missing one very critical component: Counterterrorism official Jack Bauer (Keifer Sutherland), who was the heart and soul of the original series, and the reason most people watched at all, but sure, let’s go ahead and do a reboot without him.

According to TVLine, reporting from the Television Critics Association press tour, a Fox executive said that the network is “seriously considering” moving ahead with 24: Legacy, which will introduce a brand new character and storyline but keep the original series’ compelling format: “real-time, pulse-pounding, fast-paced format with split screens and complex interweaving storylines.”

“There’s a time jump, a new organization, a completely different story,” Fox co-chairman and CEO Dana Walden said at TCA. “It’s a contemporary story about the potential to activate sleeper cells in the United States. There are nods in the pilot to prior CTU agents, but no ongoing characters.”

In the meantime, Sutherland is set to star in the upcoming ABC drama Designated Survivor.