‘Black Mirror’ Shares Trailers For Every Episode of Season 5 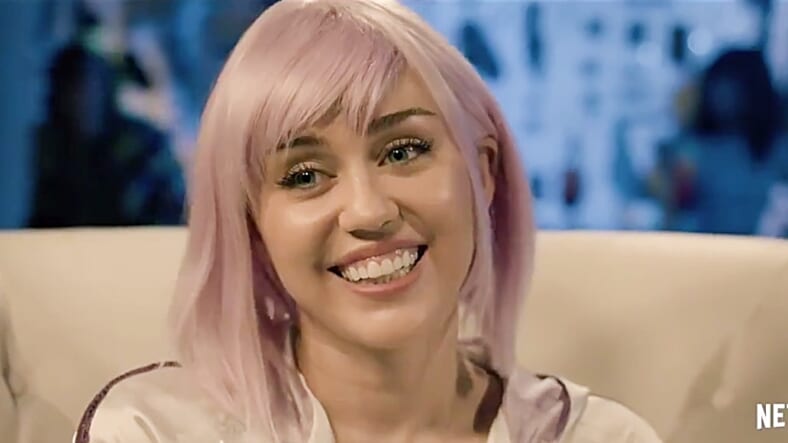 Black Mirror is coming back to Netflix, and for fans of the Twilight Zone—esque British series, it’s none too soon. Unfortunately, American viewers, accustomed to TV shows with 10 to 20 or more episode runs might be a little disappointed: we’re only getting three new installments.

That said, there are some big names involved, including Avengers star Anthony Mackie (Falcon) and Miley Cyrus.

Below are three trailers, one per episode, with brief synopses.

According to Netflix, the episode titled “Smithereens,” starring Andrew Scott (Sherlock) and Topher Grace, is about a “cab driver with an agenda becomes the center of attention on a day that rapidly spirals out of control.”

“Rachel, Jack and Ashley, Too” stars Miley Cyrus. It’s about a lonely teenager yearning “to connect with her favorite pop star — whose charmed existence isn’t quite as rosy it appears.”

In the episode titled “Striking Vipers,” a pair of old college friends “reunite in later life, triggering a series of events that could alter their lives forever.” It stars Anthony Mackie and Nicole Beharie.