Celebrate The 30th Anniversary of ‘Labyrinth’ with 5 Fun Facts 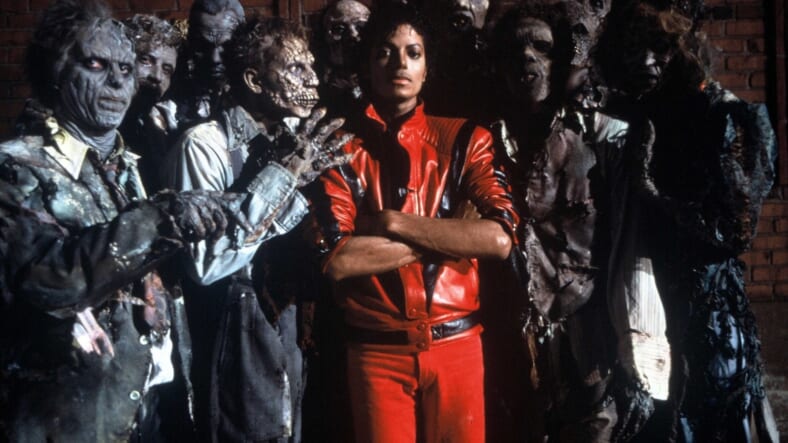 Labyrinth, the 1986 film starring late rocker David Bowie, doesn’t inspire neutral responses. Moviegoers either love the flick or they find completely incomprehensible. Regardless of where you fall between those camps, this strange moment in Bowie’s filmography has endured into its fourth decade of debates about whether it’s a masterpiece or an original but misguided cinematic misfire.

To celebrate the 30th anniversary of the movie’s premiere—and the debut of that crazy punk wig Bowie wore in his starring role as Jareth, the Goblin King—here are five things you may not know about this quirky fantasy adventure.

Today it seems like Bowie was the inevitable choice for his bizarre role as king of the Goblins. But during casting, the “Starman” singer had to compete against another music superstar with a penchant for off-beat film projects, Michael Jackson.

2. Labyrinth Was a Flop

While the movie has developed a cult-classic following since its release, it was a massive disappointment at the box office. With a budget in the $25 million range, producers were devastated when the film only brought in $12.9 million in its theatrical release. Needless to say, VHS and DVD sales since then have more than made up the difference—and then some.

3. Labyrinth Was Directed and Produced by Creative Icons

Muppet creator Jim Henson directed a cast that was mostly puppets designed and built by his own Henson’s Creature Shop. The project was produced by George Lucas, who even brought Darth Vader to the movie’s set to entertain the crew. Lucas also helped helm the script in addition to producing the film.

4. Jennifer Connolly Was One of Many Famous Actresses Who Auditioned for the Lead

Connolly, who was 14 at the time, earned the starring role only after beating out a who’s who of future stars—a list that included Helena Bonham Carter, Jane Krakowski, Sarah Jessica Parker, Yasmine Bleeth, Marisa Tomei, Laura Dern and Ally Sheedy.

5. With Apologies to Maurice Sendak

The creatures being developed in Henson’s Creature Shop were supposedly a little too similar to the creatures from Where the Wild Things Are, according to Wild Things author Maurice Sendak. While Henson insisted that his Labyrinth goblins were original, he did make a concession by thanking Sendak in the film’s credits for inspiring the ghouls and other monstrous creations that joined Connolly and Bowie on-screen.