The 5 Greatest Hennessy Cognacs Of All Time

These are the only Hennys you need to know. 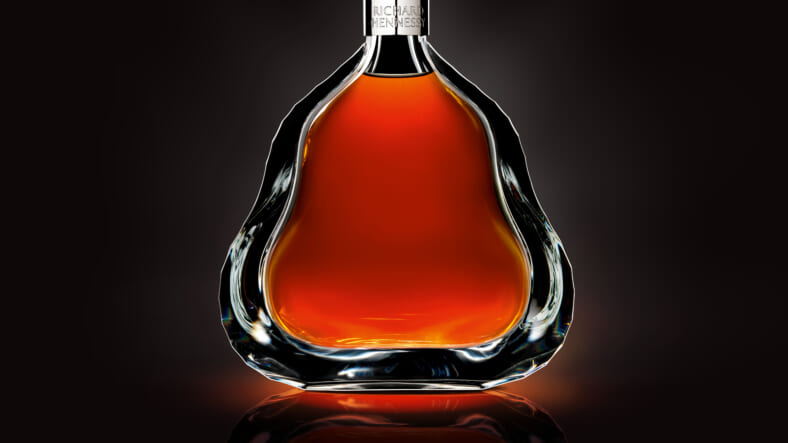 Hennessy has long reigned as the undisputed king of cognac. The venerable mega-brand headquartered in Cognac, France makes 40 percent of the world’s supply of the smooth-sipping liquor, and sells 50 million bottles every year.

That popularity has certainly paid off. Hennessy’s 1987 merger with Louis Vuitton created the global luxury conglomerate LVHM (Louis Vuitton Moet Hennessy) which rakes in billions annually. The company’s signature cognac is renowned as a favorite of many a boozy shot-caller, ranging from former North Korean dictator Kim Jong Il to legendary rapper Nas (along with a limo fleet’s worth of other Henny-loving hip-hop stars.)

“I have been brought up with, and have great respect for Hennessy X.O, which was the original X.O created for my great great-grandfather Maurice Hennessy in 1870. I like to have Hennessy X.O on the rocks in a highball glass with a drop of Perrier. You can taste there is a fruity presence of some kind, which is almost deceptive because after that first sip, it delivers this powerful sensation that you didn’t expect— and that makes it even more enjoyable.” $200

“This cognac was created by Yann Fillioux, who is the 7th generation of his family to work for Hennessy as Master Blender. The story behind this cognac is one of gifting, typically between two people who love each other. And it’s a very elegant present indeed. The first thing you notice is how it smells and tastes different from other cognacs; you can smell floral notes and the first sip reflects this sweetness because you can taste the hints of honey and ginger within. It is very different from your usual cognac experience.” $2,800

“Richard Hennessy founded the brand in 1765 and is an ancestor of mine; I am the 8th generation of the family he started in Cognac. This cognac is rarely encountered and must be consumed by cognac lovers with utmost concentration. Every bottle of Richard Hennessy contains the work of people who knew and worked for my family for generations – it is the final result of work from growers, distillers, coopers, blenders and more. The taste refuses to be pinned down as it varies from each sip—one sip can be particularly strong because of the notes of spice, and the next can be very smooth because you taste the oak. It’s complex yet balanced and definitely intriguing.” $4,000

“This is the most consumed cognac in the world and certainly the cognac I drink most often. V.S (Very Special) is a blend of more than 40 eaux-de-vie, aged up to eight years old in French oak casks and it is wonderfully pleasing, whether neat or in a cocktail, because you taste notes of oak and fresh grapes immediately. They play on your tongue and I think V.S works really well in a cocktail because of this freshness in the taste of the cognac.” $32

“This cognac is not for sale to consumers. La Billarderie is a property surrounded by vineyards that were purchased by Richard Hennessy at the end of the 18th century. He used to live there and some of his descendants still call it home today. The cognac produced from the property is sold to the house of Hennessy and used for blending. In 1900, the cognac that was produced was so amazing of its own merit that my grandfather had some bottled for gifts. One of these bottles was handed down to me and I was happy to get some. The taste is very earthy, as you can taste notes of mushroom, vanilla and a hint of spice. It’s very memorable because it has such a distinctive taste.” (Price: Negotiable)