On the classic action flick’s 25th anniversary, we look at its continued, explode-y influence. 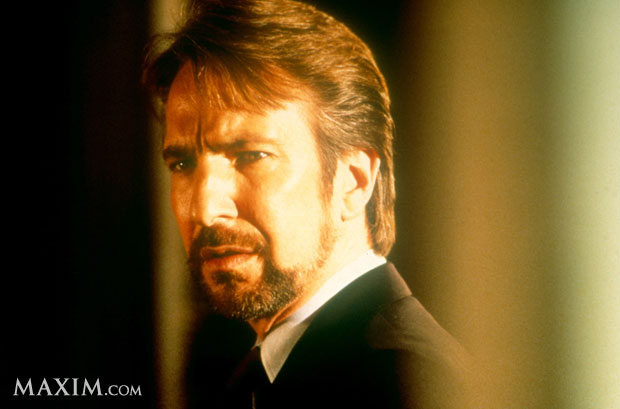 Die Hard turns 25-years-old this year. Just to put that in perspective for you: From Russia With Love was turning 25 when Die Hard came out. So was The Birds. Die Hard is now officially the same age as Michael Cera and Haley Joel Osment. So just what has this not-so-modern classic accomplished in the quarter of a century that its been shooting its way into the cinematic canon, besides proving the usefulness of footwear and introducing generations of young men to the versatility of the white undershirt?The answer, of course, is a whole hell of a lot. When you consider the last 25 years of Hollywood cinema, it’s hard to think of a single more broadly influential movie than John McTiernan’s Die Hard, which fundamentally changed the character of blockbuster filmmaking in a way not seen since Spielberg practically invented the genre single-handedly with Jaws in 1975. And so, in honor of its enduring legacy, we’ve rounded up five qualities about Die Hard that both made it an utterly singular motion picture event and, more significantly, so damned appealing to replicate.1. The Hero as Regular Joe

It’s hard to imagine now, but in 1988 Bruce Willis seemed like the last guy on earth you’d want to cast as the hero of your terrorism-busting action thriller. And he wasn’t exactly the first choice for the job: The producers first sought Hollywood’s go-to action movie A-listers, the beefcakes du jour, like Stallone,

, and Jean-Claude Van Damme, all of whom were either busy or uninterested (all three had stock-type blockbusters of their own that year, including

). The idea was floated that perhaps John McClane ought to be more relatable, in terms of figure and prowess, than the veritable superheroes they’d been seeking—he was, after all, a New York cop, not

. They tried for Don Johnson and Burt Reynolds, both of whom turned it down. They nearly cast Richard Gere, which would have been quite the film indeed. But in the end they went with Willis—a guy who, you need to remember, was known at that time for comedies and romantic dramas, not action stuff.

This sounds like a minor thing, but it broke away from several traditions simultaneously: it went against the muscularity of the Stallone and Schwarzenegger set, which had become the norm during the Reagan era of hard bodies kicking foreign ass; it went against the suave, impossible cool of James Bond, whose popularity was waning in the Timothy Dalton years of the late ’80s. And it suggested, for the first time, that maybe Americans wanted to watch their action hero get kicked around and dirtied a little before he finally claims victory at the end of the day. John McClane wasn’t just an everyman—he was a schlub, a professional who broke the rules and barely scraped by. It wasn’t just about size or stature, it was about the very idea of a mortal man cracking wise as he somehow saves the day.

, among other things, invented a plot template. The movie’s overwhelming success with critics and audiences—as well as its substantial box office earnings—made it a magnet for studio executives anxious to pop the hood and see what it was that worked. And while you might remember

most fondly for its sympathetic characters and high-tension pacing, it was the overall structure that Hollywood assumed could be the golden ticket. The formula is almost laughably simple: All you need is a lone hero, an enclosed locale, and a band of wily terrorists with hostages/a bomb of some kind/chemical weapons/cool accents, and you’re set. Some of them were successful on their own. Some were even good. But whether it was

in a submarine), or

in the White House), you can be damn sure that only one movie is responsible for that feeling of deja vu. Did John McTiernan invent movies about terrorists and solitary heroes? No. But he basically perfected the framework, which made this the bona fide archetype that was to action movies as

Singin’ in the Rain

3. The Villain You Love To Hate

Hans Gruber. The name, by now, is synonymous with movie-villain badassery, not only because he devised a clever ruse that fooled both the cops and the FBI, but because he had great one-liners and delivered monologues as though the dialogue were Shakespeare. There are precedents for Alan Rickman’s stellar, star-making turn as a villain with more charisma than the hero, but none had the lasting impact of this mesmerizing terrorist leader (sorry, as he says himself: “Who said we were terrorists?”). Interestingly enough, Die Hard was criticized in some circles upon release for putting too much emphasis on its lead villain—with a bad guy this likable, the thinking went, who cares about the struggle to defeat him? It probably also helped that he shot that weasely Ellis in the head, too. It’s hard to imagine modern action movies without the influence of Gruber, though. Even Heath Ledger’s Joker in The Dark Knight, who obviously outshines the dour Christian Bale in every way, follows the basic model of the rogue charmer run amok set out by Die Hard and Rickman.4. Family TroublePhoto by 20th Century Fox | Licensed to Alpha Media Group 2013

It was fairly common for action movie plots to be incited by some family-threatening danger, whether it was the kidnapping of the hero’s daughter or the sudden murder of the hero’s wife. But Die Hard had the good sense to make its hero’s family problems another, equally important part of the story, and in a way the audience was asked to sympathize with McClane’s marital problems as much as with his trouble with the terrorists. It fleshed out the characters and the story in a way that had rarely been tried in popcorn fare before, maybe because executives assumed that the macho dudes who hit up action flicks wouldn’t really care about the prospect of divorce. The idea, as it turns out, helped open Die Hard up to just about everybody, because now the average American could see a bit of themselves on screen. It’s worth remembering the real action takes a long time to get brewing here, and that for the first twenty minutes at least, we’re watching a frustrated husband visit the wife he feels has been drifting away from him. This sort of extended, believable problem quickly became a hallmark of post-Hard blockbusters, and even today it’s expected that the hero will have some trouble back home to attend to when the fighting winds down.

5. Brevity is the Soul of Action

model is the elegance of its construction: Though the film no doubt features its share of memorable gunfights and blazing action, it’s actually a pretty modest movie in terms of spectacle. Featuring no real special effects to speak of and only two small-ish explosions (one in an elevator shaft, one capping off the heist toward the end of the film), we’re meant to appreciate these major gestures all the more for how sparingly they’re doled out. This wasn’t merely a budgetary concern, either; it was an artistic one. It was a deliberate scaling back of the kind of spectacle expected of summer blockbusters like

, where the special effects dominated, as well as the kinds of frenzied show-stopping clutter that had turned into a game of shallow one-upmanship through the usual action extravaganzas. Now that our summer movies are chock full of CGI, we’re getting further and further away from the stripped-down simplicity that McTiernan wielded with such precision and expertise. The best modern action movies, unsurprisingly, are often still the ones that rely on tension and suspense, as

proved best even then.

Check out Tom Cruise’s Character Names Ranked By Awesomeness and our interview with Adrian Grenier and Matthew Cooke.