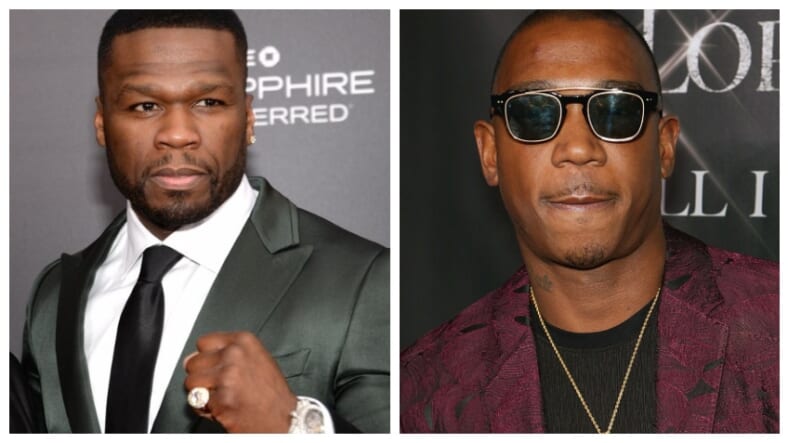 Ja Rule has a show coming up on Nov. 9. Complex reports that if there’s a big blank space in front of him as takes the mic he knows who to blame: 50 Cent.

The man sometimes called Fiddy might have a budding acting career and the usual ton of money you’d expect for a successful rapper but he is not above being petty as hell. And buying enough tickets to clear the best seats at his rival’s concert is the definition of petty.

#50cent bought a whole bunch of #jarule tickets on Groupon

In a later-deleted (but screenshotted, obviously) Instagram he posted Friday,  50 Cent wrote, “People think I’m mean so go see this. $15 bucks wait what I do now LOL.”

Later he left another comment: “I just bought 200 seats in the front so they can be empty. LOL.” Money-wise that means Fiddy keeping a fire under his feud with Ja Rule is worth throwing away a few thousand bucks.

50 Cent had real fun with this, including posting Photoshopped pics of himself alone in the empty seats smiling ear to ear.

This beef is old, and this is just the latest example of the pair going at it. Complex noted another instance from just a month ago:

In September, Ja shared with his fans that he had to cancel a show in Syracuse, New York. “Yo, Syracuse. i just got word that the show has been canceled,” he said in a video. “Sorry, man. Been trying to get there all day. I love y’all man. We gon’ reschedule the show. I’m leaving the airport now, man.”Fif then took his chance to troll Ja by saying no one was going to show up anyway. “Only 10 tickets sold don’t nobody want to see that shit, you talking about wait we get a lot of people on the walk up. Get the fuck outta here,” he wrote as a caption on Instagram, ending with his signature message: “get the strap.”

At least both men were inspired to show off their artistic image editing skills.

It’s all fun and games till someone whips out their Photoshop.