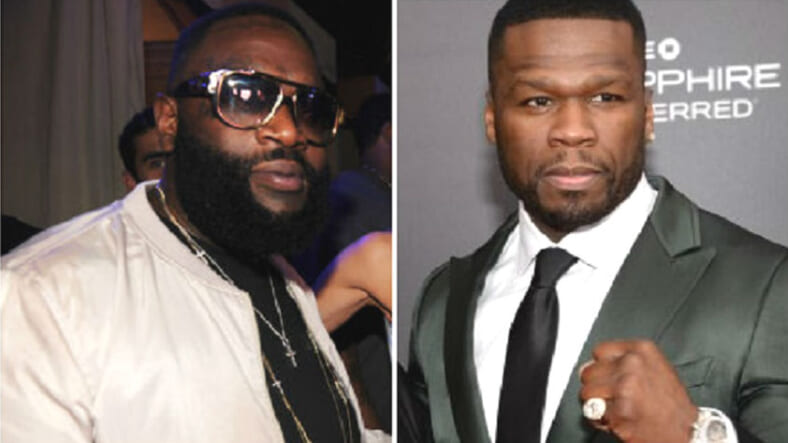 Rapper Rick Ross has been hospitalized for a couple of days. He’s not doing well. Conflicting reports say he collapsed at home and has severe pneumonia. He may even be on life support, reports TMZ.

Hip-hop stars have been sending best wishes to Ross and his family. Some of them, anyway. 50 Cent is not among them.

As TMZ reported, 50 posted the image of Ivan Drago on his Instagram Saturday. It’s hard to ignore the fact that Drago’s most famous line from Rocky IV is “If he dies, he dies.”

That 50 and Ross have been feuding for a while isn’t news—their dispute is at least a decade old, and 50 poured gas on the fire when he published one of Ross’s former girlfriends’ sex tapes in 2009.

50 may be in the minority here. Others are sending all the thoughts and prayers they have to Ross and his family.

Straight up man!! Prayers up to the homie @RickRoss 🙏🏾 https://t.co/YpzSFbgm4Y

Late Sunday a social media rumor reported Ross was dead, but as far as we know he’s still hanging on.

If he pulls through, we’re sure he won’t be too happy about 50’s disrespect.