The author of the new book, ‘Smuggler’s Blues: A True Story of the Hippie Mafia’ tells all. 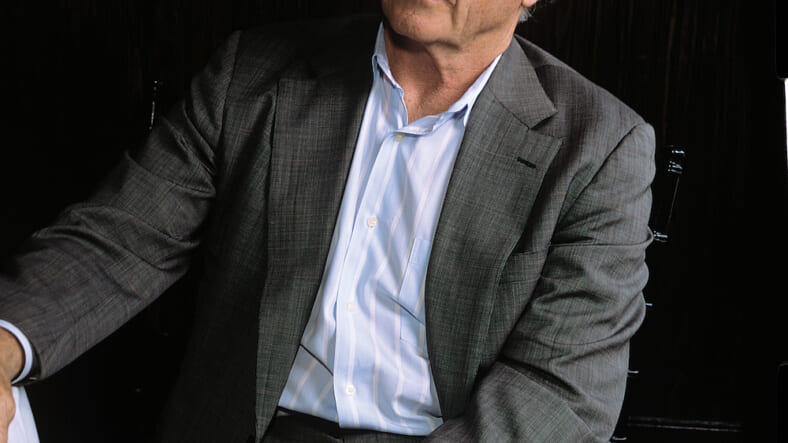 As legalized weed spreads across America like a green-hued wildfire, the era of Big Marijuana comes ever closer into view. But few are as qualified to tell the tale of weed’s outlaw years as much as Richard Stratton, a former High Times publisher and writer for HBO’s prison drama Oz, who spent eight years  in prison for international marijuana trafficking.

His new book, Smuggler’s Blues: A True Story of the Hippie Mafia (Arcade) revives an important chapter in pot’s cultural history and delivers an explosive story spanning continents with a cast of colorful characters and wild adventures. But you can read the book for all that stuff—it’s on sale now.

1. Never do business with coke dealers

As a member of the so-called “hippie mafia” smuggling high quality marijuana and hashish into the United States and Canada from around the world, I had one hard and fast rule: Never do business with anyone who is using or dealing cocaine.

I broke that rule at my own peril. During a particularly hectic period, I had over 40 tons of marijuana landed in the state of Maine. I had to get all that weed stashed and distributed. Going against my own better judgment and personal code or set of rules, I enlisted the help of a guy I called Fred Barnswallow, who I knew was a coke user and dealer.

Turns out, Fred was under surveillance by the DEA; he was what we called a “heat score.” I picked up Fred’s heat. DEA had his place staked out. Dropping Fred off one morning, I stopped to help a guy whose car had slid off the road and was stuck in a ditch. That stranded motorist turned out to be a DEA agent. No good deed goes unpunished. I was arrested a few days later.

The still, small voice within has always been my best source of advice. When I fail to pay attention to my inner advisor, I invariably regret it.

Case in point: After going on the lam from federal drug smuggling charges in Maine, I was meeting with a mysterious dude we called The Wizard of ID to purchase some phony ID. As I was getting out of my car, my intuition told me to bring my briefcase, in which I had a lot of incriminating evidence as well as an address book containing the name and phone numbers of my heavy hash connections in Lebanon.

I ignored the inner advice. When I returned to the car, my briefcase was gone. The consequences of that fuck-up were profound and far-reaching. I nearly blew a $15 million deal.

3. Go for quality, not quantity

This rule goes for weed, women, and orgasms—whatever it is. Go for the best and not necessarily the most.

In amassing a huge load of hashish in the Bekaa Valley of Lebanon, or in putting together a planeload of weed in the mountains of Mexico, I would often frustrate and anger my connections by insisting on only the best quality product. But it paid off in the marketplace. There is nothing so exasperating in the dope smuggling business as sitting on a load of dope that could get you locked up, and that nobody wants to buy. I’ll take five tons of good weed over 50 tons of bogus commercial any day.

I came of age during the reefer madness propaganda blitz perpetrated by the government’s first drug czar, Harry Anslinger. “It’s the weed with roots in hell,” we were told. “Smoke a few joints and the next thing you know, you’ll be out in the street raping young girls, or sticking a spike in your arm and mainlining junk.”

Oh, really? Turns out they were wrong. Dead wrong.

A lot of people have died or wasted their lives behind bars due to the government’s ill-conceived war on plants. It turns out we were right. Not only is everything they told us about pot bullshit, it is actually medicine that can ameliorate a number of serious ailments.

5. Adrenaline is the ultimate addiction

Is it a career? Or is it a hobby? Or is it really an obsession? Is this what I want to do with my life? And, if so, am I one hundred percent committed and in for the long run?

These are questions that it pays to be asking oneself daily.

Looking back on it all now, after fifteen years in the marijuana underground obsessed with smuggling cannabis and keeping America high, and after eight years spent in federal prison, I realize that what I really was is an adrenaline junkie. I was wired to the rush I got from getting over on the Man—law enforcement. I was hooked on danger. And I could very easily have ended up dead. When what I really set out to be was a writer. I was on a quest for experience. Getting locked up saved my ass.

6. Fortune lies with the bold

It took me over four months to put together a load of fifteen thousand pounds of primo Lebanese hashish. There was a war going on at the time. Beirut was under siege. I nearly got killed when the apartment building we were staying in was hit by rocket fire. Fortunately, we had decided to dare the violence in the streets and go to see Jack Nicholson in The Shining.

The hash was hidden in a seven Sea/Land containers filled with cartons of dates from Iraq. When the load arrived at the port in New Jersey, customs flagged it and told my partner they wanted to escort the containers to the bonded warehouse and conduct a secondary inspection. My partner was ready to abandon the shipment and refuse to pick it up for fear that the customs agents would find the hash secreted in the load of dates.

You’ll have to read the book to find out what happened. But we did pick up the load.

7. Enjoy the journey of life

It is as if you have decided to drive to California from New York. You know where you are going, the ultimate destination, and you have a good idea how to get there. But along the way anything can happen. There could be horrendous storms in the Mid-West. You could pick up a beautiful young lady in Tennessee who wants to spend some time on the Gulf Coast.

The joy of life is in the living of it, the journey, not necessarily in arriving at the destination, since we all know where this life leads. It’s the next 20 minutes that counts. And the 20 minutes after that. I found, even in prison, life is full of surprises. You have got to be ready and willing to roll with the punches.

8. Never rat out your friends

And this may be the most important life lesson of them all. At least, it was for me. When I got busted, first in Maine, I went on the lam and became a fugitive after I learned that same Fred Barnswallow I never should have been doing business with in the first place was going to roll over and testify against me. The feds finally caught up with me nearly two years later in the lobby of a hotel at the airport in Los Angeles.

For the next two and a half years, and through two federal trials—first in Maine and then in New York City—government prosecutors put tremendous pressure on me to “cooperate,” to become a rat and give them evidence, and then testify against my friends and enemies. In particular, they wanted me to implicate the famous writer Norman Mailer, who, though a close friend, was not involved in my dope business.

I refused. I said, “Fuck it. This was my delusion of outlaw fame and fortune, let me do the time.”

Smartest thing I ever did. Now, and for the rest of my life, I can say, “Well, whatever else I may have done, I did the crime, and I did the time. I took responsibility for my actions.”

As it turned out, my 25-year sentence was reduced on appeal when the appellate court ruled that I had been punished more severely for my refusal to cooperate.

Smuggler’s Blues: A True Story of the Hippie Mafia is on sale now.