Meet the best of the best. 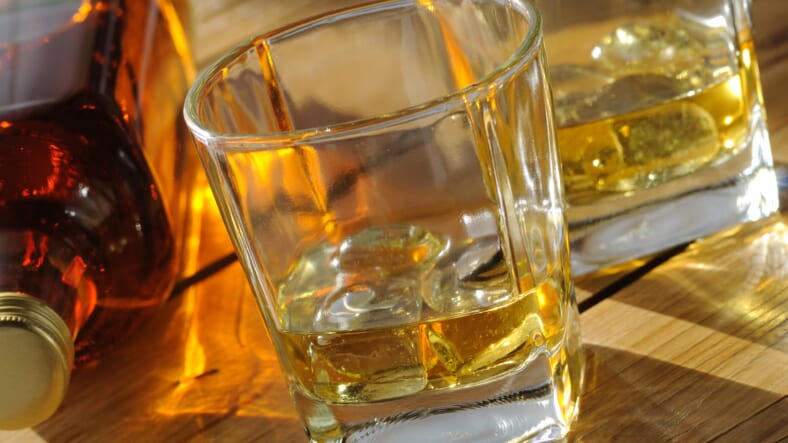 Whiskey awards are a subjective endeavor. No two people have the same tastes and preferences, and the process of tasting hundreds of whiskies over the course of a few days or even spread out over a year is daunting. But that doesn’t mean they aren’t right a lot of the time about what tastes good.

A bunch of blogs, magazines, organizations and groups put out top bottle lists every year, but we did the research and picked the most significant and objective rating lists out of the pile, and collected their favorite bottles of the year. Not surprisingly, no two lists picked the same bottle. But that just means you’ve got more options, doesn’t it?

Murray’s Whisky Bible is a contentious book, but this year he definitely hit the nail on the head. We loved the complex four-grain (corn, barley, rye, and wheat) bourbon recipe from E.H. Taylor almost as much as he did. Unfortunately once Jim likes something, it’s pretty much impossible to find.

2. Whisky Advocate No. 1 Whisky of the Year

Whisky Advocate is a reliable source for the best of the best, but this year might be their best top pick result ever (thanks in large part to Fred Minnick). A $60 bourbon at barrel proof that, while not in great supply, is always findable (though by the time you get your hands on one, it may be from the next batch).

You’re actually getting three bottles for the price of one with the NY International. That’s how many whiskies took double gold from this year’s hundreds of entries. Luckily there’s a bourbon, a rye, and a scotch at the top—something for everyone. We’ve been particularly impressed with Speyburn this year, and Basil Hayden is always delicious.

Canadian whisky is unique in the whisky world for a lot of its eccentricities, and we can honestly say that while you may enjoy Crown Royal or Lot 40, the best stuff is often never allowed to leave the country. Not the case with Masterson’s 10 Year, a delicious and complex Canadian style rye that will make you see Canadian whisky in a whole new light.

Wine Enthusiast’s name be damned, the magazine is actually a fantastic resource for spirits reviews helmed by author Kara Newman. While they didn’t crown an official winner for their awards, the highest rated bottle at a staggering 97 points out of 100 was the bold and mature 21-year-old Glenfiddich single malt polished beautifully with some time spend finishing in rum casks.

WhistlePig is a Vermont-based distillery that specializes in great bottles of rye, but this one was head-and-shoulders above the competition. Black Prince is a 14-year-old 100 percent rye whiskey finished in Armagnac barrels and bottled at a staggering 124 proof. It’s a big one, and, judging by that bling, a legend.

Okay, this award isn’t for a specific bottle, but having your entire distillery win a distinction is pretty impressive too—and it typically means that all of your bottles are pretty stellar. Corsair has made a name for themselves by producing complex whiskies from unique grain combinations, and smoking some of those grains with exotic woods. Their entire portfolio is definitely worth exploring.

Competition in Ireland is getting more fierce every year, so pulling out a win in the current climate is even more impressive for Teeling. They should be proud of the award, but also of the whiskey: a 24-year-old single malt finished in part in Sauterne casks. Yum.

Kavalan is the whisky jewel of the Pacific in our opinion (and clearly in the opinion of the IWSC): a tropical climate with a passionate distiller. Kavalan products have been traditionally hard to find in the U.S., but the bright and dynamic whisky in this bottle in particular is definitely worth the hunt.