Is the animal rights group in the right for once? 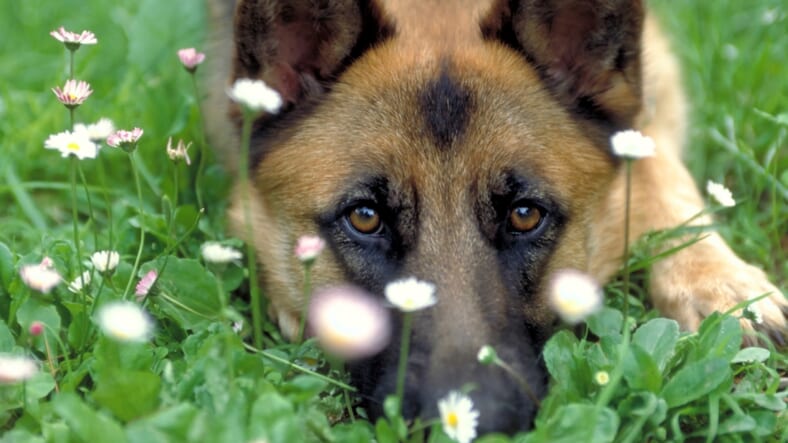 Typically when PETA issues a boycott—against Gisele Bündchen, the movie Snakes on a Plane, or the dude who punched a kangaroo—it elicits eye rolls. However, the animal rights organization is now standing against a flagrant case of animal cruelty from the set of the film A Dog’s Purpose, in selected theaters now.

In an unsettling video released by TMZ, a German shepherd is shown in great distress as the crew forces him into a tank of artificially rapid water for a stunt. Despite attempting to scamper away, the dog is eventually tossed into the tank, where at one point it becomes completely submerged in water.

The video sparked outcry online, and PETA promptly issued a rallying statement: “PETA is calling on dog lovers to boycott the film in order to send the message that dogs and other animals should be treated humanely, not as movie props.”

Universal Pictures and Amblin Entertainment have canceled the movie’s premiere and issued a statement: “Because Amblin’s review into the edited video released yesterday is still ongoing, distributor Universal Pictures has decided it is in the best interest of A Dog’s Purpose to cancel this weekend’s premiere and press junket. Amblin and Universal do not want anything to overshadow this film that celebrates the relationship between humans and animals.”

However, the companies somewhat defended the stunt: “Since the emergence of the footage, Amblin has engaged with many associated with the production of the film, including safety personnel, trainers and stunt coordinators as part of their in-depth review. While we are all disheartened by the appearance of an animal in distress, everyone has assured us that Hercules the German Shepherd was not harmed throughout the filmmaking.”

For what it’s worth, A Dog’s Purpose sounds like a terrible movie anyway.