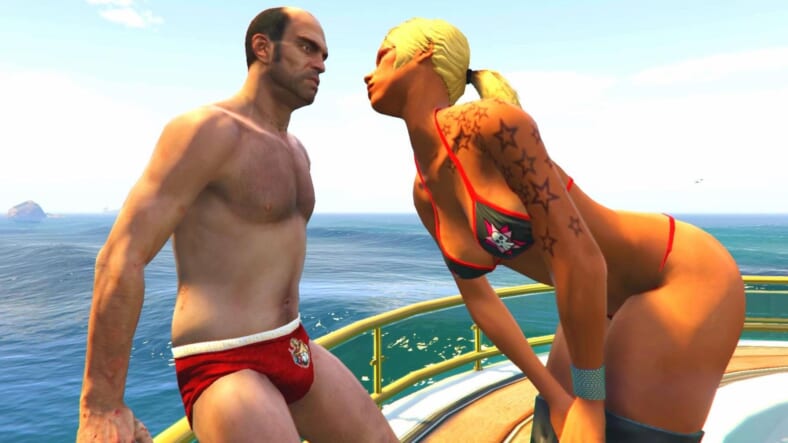 Rockstar’s Grand Theft Auto is the biggest video game franchise in history, and the latest installment of the criminal simulator may have just been outed as in-production by a stuntman who listed Grand Theft Auto 6 on his resume.

Tim Neff added the very-specific title, Grand Theft Auto 6, to his resume on iStunt, a website akin to LinkedIn but for stuntmen. Neff, who has played a stunt double for people like Justin Timberlake, also has video game credits for Rockstar’s other blockbuster franchise, Red Dead Redemption, and a samurai sword game for Playstation VR called Reborn.

Rockstar has yet to utter a single official word about GTA6. The studio is surely aware how ravenous fans are eager to hear about any future details of the franchise, but there’s very little reason to give one as GTAV and its uber-popular online component GTA:Online still have an incredibly active user-base enjoying the near-monthly free updates to the online component that adds new vehicles, weapons and missions.

Of course, this should be taken with a grain of salt until official word comes from Rockstar—though that may not be any time soon. A single resume line from a stunt man is hardly the confirmation we’d like, and Rockstar does have other irons in the fire with IPs like LA Noire and Bully, among others, having a long-time undercurrent of support from fans who want more from Rockstar’s other franchises.

As of right now, Rockstar seems wholly dedicated to the upcoming Red Dead Redemption 2, slated for 2018, and we doubt they’d officially announce anything in the GTA6 vein to overshadow that launch. Still, games with the size and scope of GTA require years of development and huge manpower to get finished. Even if an official announcement came from Rockstar now, we wouldn’t expect for anything about it to see the light of day for years.

That’s not stopping us from scouring the internet for any clues we can find about GTA6.

Update: The stunt man in question, Tim Neff, came forward Thursday afternoon to say that this is not his official resume and the leak is a hoax.

He did work on GTAV for Rockstar but has not worked with them since. Sadly, it seems we’ll all have to continue holding our breath for the next clue or official announcement – looking your way, Rockstar – of the next installment of GTA.

Now, if you’ll excuse us, our GTA Online empire isn’t going to run itself.