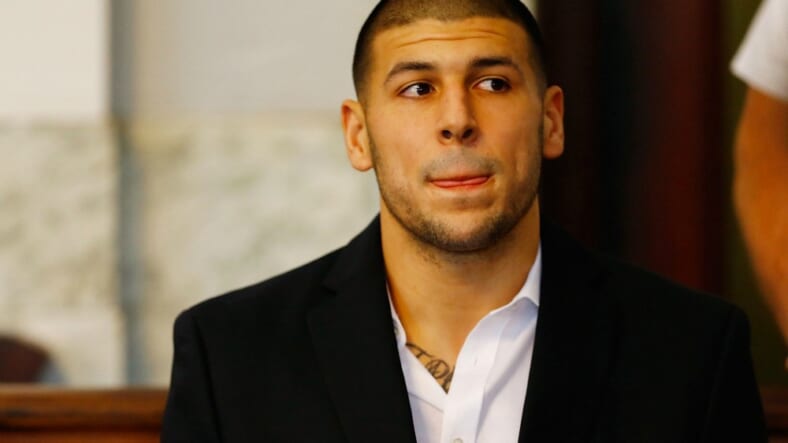 Disgraced former New England Patriots tight end Aaron Hernandez was convicted of murder and sentenced to life in prison in April, but that does’t mean Hernandez hasn’t been keeping busy. When he’s not hiding shanks in his prison cell, the former star spends his time writing horrifying letters to the only people who might actually support him after his conviction: his fans.TMZ Sports has obtained a leaked prison letter from Hernandez to a female fan who reportedly was looking for an autograph from her imprisoned hero. And what does the murderous former football great tell her to do? Kill herself, simply for writing:

Tie a cinderblock to your ankles and jump in a deep body of water!Make a noose, tie it from the railing of a second level staircase, put your neck through it, make sure its very tight and jump!Buy the most powerfall (sic) firecrackers in the world that’s possible to buy, tie it to your face with duct tape, light it and wait for your head to explode.