Fresh Off His Breakup With Olivia Munn, Aaron Rodgers Takes ‘Baywatch’ Babe Kelly Rohrbach Out on a Golf Date

Not a bad rebound. 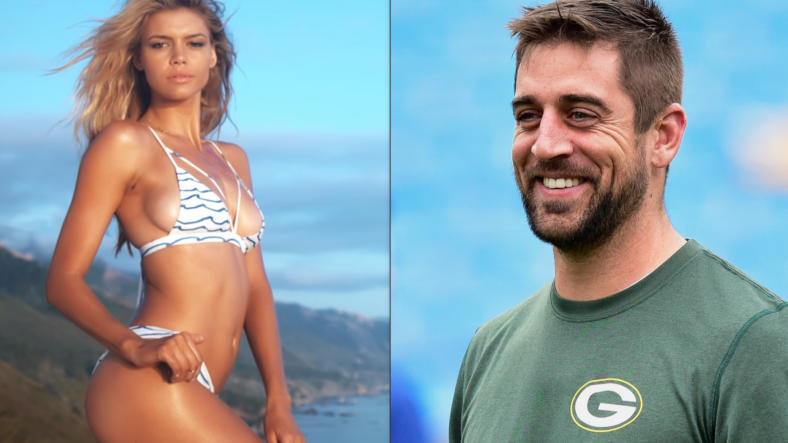 Just weeks after reports surfaced that Aaron Rodgers had split with girlfriend Olivia Munn, the Green Bay Packers quarterback was spotted out on a golf date with Baywatch babe Kelly Rohrbach.

TMZ reports that the two were seen flirting and holding hands as they played through some holes at L.A.’s Westchester Golf Course.

As rumors of her ex’s potential new squeeze flood in, Munn was reportedly livid, with one insider telling Hollywood Life that he may even have been eyeing Rohrbach while they were still dating.

“Aaron made it seem like he was in no rush to date anyone else when they split. It was more about the issues they were having — the fighting and him needing space. Now she’s wondering if Aaron wasn’t being completely honest with her and had his eye on Kelly while they were together,” the source said.

We’re not happy to hear that Munn, who is arguably one of the most beautiful women on earth, is upset. But if Aaron Rodgers was going to catch a rebound, he could have done a lot worse.

Kelly Rohrbach is back in the news… 😉

Not that anyone had forgotten that in the first place. Here’s another amazing throwback clip of her from 2015.

How about some Instas? We know you’re not complaining…

@lipsylondon thanks for a perfect beach day! More to come! #lipsylondon

#tbt one my very first shoots!