Brad Pitt shared the hilarious story about the acting coach who told Sandler: “Think about something else. You have to choose another path.” 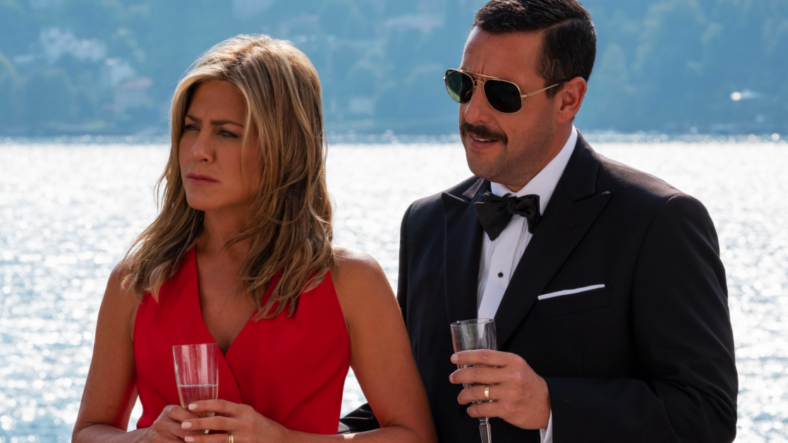 Here’s the upshot of this story, which Brad Pitt recently brought to light while interviewing Adam Sandler for Variety‘s Variety Studio: Actors on Actors: In the end, it sounds like Sandler is a pretty decent guy. How else would you describe someone who had a chance to rub his outrageous success in the face of a former teacher who totally deserved that treatment and essentially thanked the teacher instead?

Sandler isn’t just the goof who cracked up a little too much on Saturday Night Live or the guy who made a ton of middling comedies just because they give him a chance to hang out with friends–he’s increasingly viewed as a serious actor. He’s been nominated for a Golden Globe (2003, for Punch-Drunk Love) and there’s a lot of positiive buzz suggesting he’ll receive an Oscar nomination for his performance as a jeweler in the upcoming Uncut Gems.

Brad Pitt takes him seriously. They’ve never been in a movie together, though they came close when Sandler was up to play the Bear Jew in Inglorious Basterds–the role taken by Eli Roth–but they seem to hit it off in the Variety session (which you can watch above), having something of a bro-down, one that resulted in Pitt telling the following story about just what a good guy Sandler can be.

“This is my favorite Adam Sandler story that I heard from Bennett Miller,” Pitt said, referring to the director of Moneyball.

Pitt continued, “Yeah. It was that you were at NYU, and it was an acting coach, I believe.”

Sandler interjected that it was an “acting professor.” Pitt went on:

Pitt: And he said to you, “I want to take you out for a beer.” This is what I’m told. You guys went to a bar, and he kindly said to you: “Think about something else. You have to choose another path.” Truth?Sandler: Exactly..Pitt: There’s a second part to this story. This is why it’s my favorite Adam Sandler story, and I think it says a lot about you. That you ran into him at your height, when you’re getting the ultimate payday, and you’re with a bunch of friends, out at a bar. Anyone would think that’s the opportunity where you rub it in his face. And reportedly, what you did was you introduced him to your friends, and you said: “This is the only teacher to ever buy me a beer.” True?Sandler: Yeah.

Think of any authority figure who ever doubted you–parent, teacher, coach, whatever–and how you might feel if you pulled off something that you could throw back in their faces, if given the opportunity. A lot of people would absolutely jump at the chance.

Adam Sandler just made that professor sound like the coolest teacher around.

He can afford to be the bigger man, given that he’s worth $400 million, but it’s nice to know that didn’t hesitate to make that choice.