The Sandman’s got game. 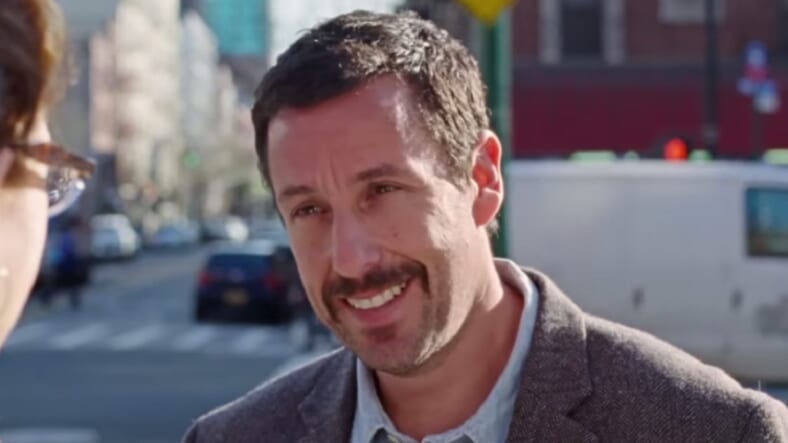 Adam Sandler has long been the patron saint of baggy athletic wear–he’s renowned for rocking oversized tees and billowy basketball shorts to all manner of occasions.

So while it’s hardly surprising that a fan-filmed video of a fully-bearded Sandler hooping in a pink polo and ginormous white shorts is trending on Twitter, that hasn’t stopped fans from commenting on both his outfit and his surprisingly crafty game.

At one point, Sandler, 54, sets up a screen during the Long Island pickup game before getting the ball back, reads the defense and shoots pass to a teammate waiting on the wing for a wide-open 3-pointer — only to miss the shot.

The New York Post reports that critics online pleaded with Sandler to find better outside shooters after the ball bounced away. Other videos show Sandler (and his giant shorts) hustling up and down the court while playing with much younger players.

The Post points out that while shooting 2019’s Uncut Gems — which also stars newly-inducted NBA Hall of Famer, Kevin Garnett — Sandler got shots up with the Celtics legend.

“There’s a basket on the set,” Garnett said during a joint appearance with Sandler on The Jimmy Kimmel Show in 2019. “So when we would get done with these long days or in between takes, we would go out [and] shoot around.”

Sandler also said he had other plans for their post-filming shootaround.

“It was a dream of mine to maybe, after work, show up at a park and play 2-on-2, and say, ‘Let me call my friend Kevin to play with me,’” he recalled.“It would have been amazing.”