Adrian Grenier is even willing to get slapped in the face with a giant tentacle. 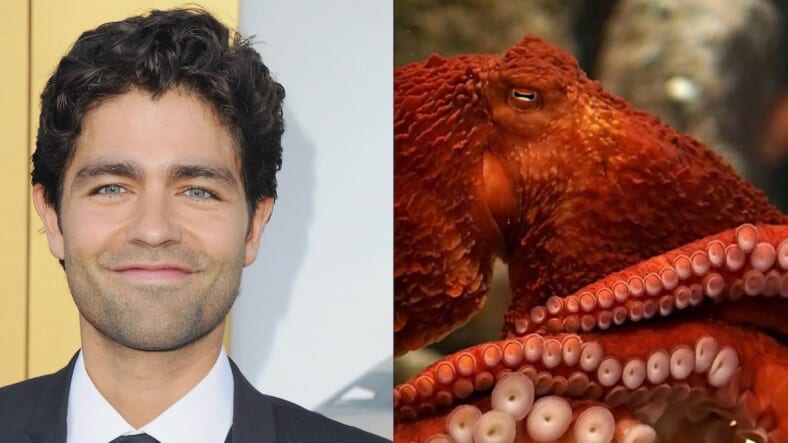 You love him on Entourage, but if you read enough smug interviews with “actor turned activist” Adrian Grenier, you might want to see him get whacked in the face by a giant tentacle.

Well you’re in luck. The star if Entourage and not much else just posted to Twitter a video of him getting slapped in his moneymaker with a massive rogue tentacle, presumably from a giant octopus.

Did we mention it was in slow-mo? You’re gonna want to check it out.

We use 500 MILLION #plastic straws everyday in the US. Some end up in our ocean, polluting it.#StopSucking with me https://t.co/hVN91JF1Yd pic.twitter.com/xWKd8y4JB2

It was all for a good cause. Grenier is hellbent on stopping us all from drinking from plastic straws as they produce 500 million pieces of new litter each day, and many wind up in the oceans, where they anger giant octopi so much they all want to just beat the shit out of Adrian Grenier.

But if we all behave a little more like Vincent Chase and vow to #stopsucking, then the scourge of octopi slapping Adrian Grenier will end once and for all.