The Denver Broncos Will Go To Super Bowl 50

The Broncos triumphed over Patriots by two points. 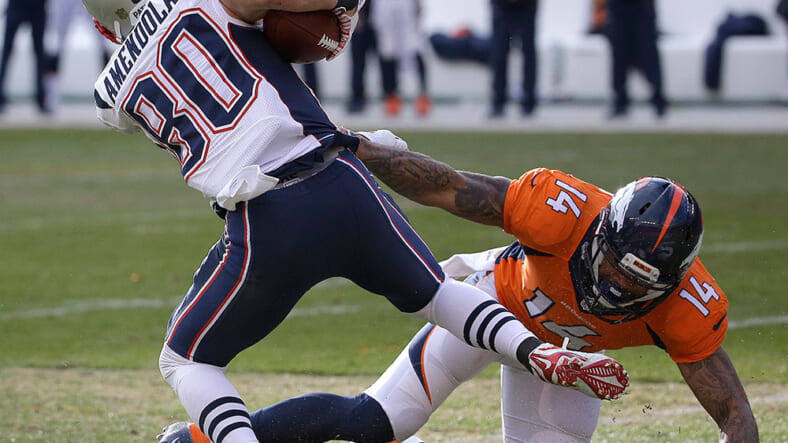 Denver’s Mile-High stadium was the scene of an exciting AFC championship face-off between the Denver Broncos and the New England Patriots Sunday, the Broncos winning, 20-18.  The Broncos are heading to Super Bowl 50.

The Patriots, who have never had good luck in Colorado, must really hate playing in Denver at this point.

Broncos quarterback Peyton Manning and the Patriots’ Tom Brady are legendary superstars nearing the twilights of their careers, but neither man played as if age was an issue. Still, in the end, aggressive defense from the Broncos broke down the Patriots’ offense, despite the star QB’s best efforts.

One of the big star turns of the game came from Broncos outside linebacker Von Miller, who rattled Tom Brady with multiple sacks and a stunning interception. Miller’s efforts combined with those of teammate DeMarcus Ware never let Brady rest for a moment.

Denver’s thin air and notoriously noisy crowd were sometimes factors in play, as was the Broncos’ knack for securing great field position throughout the game. The machinelike efficiency of the Patriots seemed to wobble from the very beginning, off-balance from hard-charging Broncos defenders. Tom Brady ditched an unusual number of passes downfield, always under full siege.

Now the Pats have the off-season to figure out how they got so far before it all went wrong and the Broncos will face either the Arizona Cardinals or the Carolina Panthers in the Super Bowl.