Coach Taylor’s daughter is all grown up and back in the spotlight. 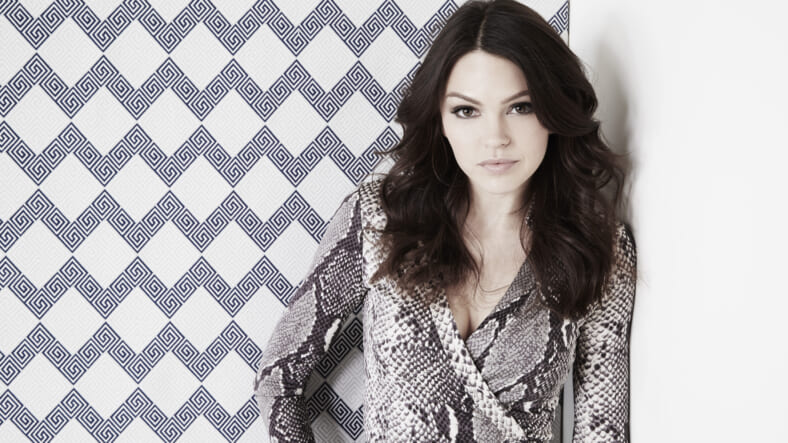 Aimee Teegarden is staging a showbiz comeback. At just 16, she shot to fame on Friday Night Lights, the beloved series about a high school football team in small-town Texas. The show ran for five seasons, with Teegarden front-and-center as Julie, the sweet but trouble-stirring teenage daughter of Coach Eric Taylor. The series wrapped in 2011, but Teegarden’s career was just getting started.

Now 26, Teegarden is stepping back into the limelight. She stars in the upcoming ABC legal drama Notorious, and then hits the big screen in Rings, the long-gestating third entry into The Ring horror franchise.

For now, Teegarden is keeping busy training for the grueling Spartan Race. “Marriot Rewards reached out, and they were interested in if they could put together a Friday Night Lights cast reunion team, and Spartan Race had always been on my bucket list,” Teegarden says.

She and fellow Friday Night Lights alums Minka Kelly, Taylor Kitsch, and Zach Gilford will team up to run 8-10 miles and undergo around 25 obstacles, including mud runs, barbed wire crawls, and rope climbing. It all happens outside Chicago on June 11. “It’ll be great—getting the team back together and helping each other push through it,” she says.

Before the big day, Maxim caught up with Aimee to talk about reuniting with her fellow Friday Night Lights castmates, her upcoming projects, and which Maxim Hot 100 contender she’s been girl-crushing on.

Will you and Minka get competitive during the Spartan Race?I’ve never done one so we’ll see. I feel like there will be competition going on between Taylor and Zach.

We’ll take that as a maybe. Did you play sports in high school?I played baseball for nine years, basketball for six years, and then soccer for another six years. I’m pretty active. I surf and snowboard. I live in Venice, and I do a lot of beach running. I’m an active individualist. It’s my time to get out of my head and into my body.

How can a guy catch your attention?It’s really on a case-by-case basis and depends on the situation. I think it’s just about being genuine and honest.

Do you have a specific type?Employed! Having a job and health insurance is my type.

Got it. Do you ever date other actors?I definitely don’t date within the industry. Having two creative people together can be a bit much.

Do you have any girl crushes?I have a big girl crush on Olivia Munn. I think she is so funny and awesome.

You have Rings coming up. What was it like to face off with Samara?It was so much fun. I play a pretty crazy character in that. I have crazy bleached hair with purple streaks. She’s a bit of a badass. There is some interaction between Samara with my character, but I feel like that’s as much as I can say. The prosthetics were scary but beautiful work; she was in the makeup chair for nearly eight hours. It’ll be out in October, and I’m so excited to see the final cut.

Any chance you’ll make a cameo on Bloodline with Kyle Chandler, who played your dad on Friday Night Lights?I do watch the show, and Kyle is amazing. They shoot in Florida, but ABC just picked up Notorious for this fall. We go back into production in July so I think the timing might be too close to do a cameo. But we will see.