“It’s the worst film ever made.” 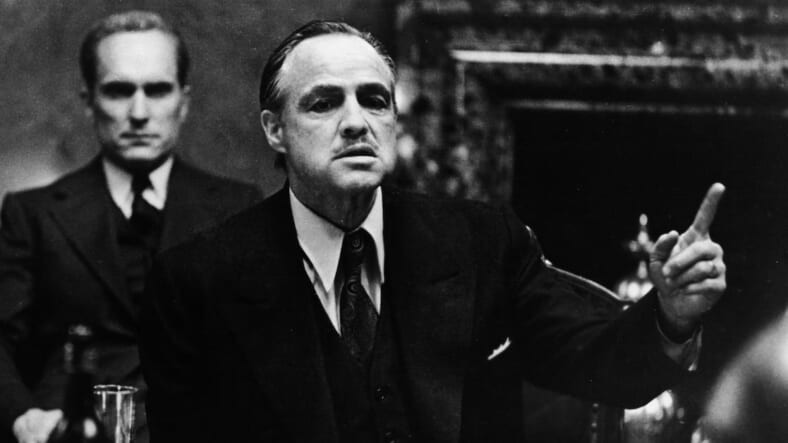 The cast of The Godfather assembled at a theater in New York on Saturday for a celebration of the iconic mafia movie’s 45th anniversary. Stars Robert De Niro, Robert Duvall, Diane Keaton, James Caan, and Al Pacino all attended, in addition to Talia Shire and director Francis Ford Coppola.

During the day-long event there were screenings of the first and second films and cast question-and-answer sessions. The actors all gave fascinating insight into what it was like to be a part of such a legendary series of films, but Al Pacino was the most revealing when it came to discussing apprehension he felt while filming the original movie.

As the Daily Mail notes, Pacino, sitting beside Diane Keaton—his girlfriend in the movie—said, “The whole thing had a surreal feeling.”

To Keaton’s amusement, he also indicated there was “chaos” during filming. “We got back,” said Pacino of filming Godfather‘s famous wedding scene, “and we started drinking and we were just talking about ‘where do we go from here? We’re done. It’s the worst film ever made.'”

Obviously, history proved Pacino happily wrong on that score. The Godfather went on to be nominated for multiple Oscars and Golden Globes in addition to multiple foreign awards. Along with its direct sequel, The Godfather Part II, it is considered the height of great film-making and it has inspired generations of actors, directors, and writers since its release.

Not bad for a movie that initially drove one of its leads to try and drink his worries away.