Alec Baldwin Is Turning 60, So We Ranked His 10 Greatest Roles of All-Time 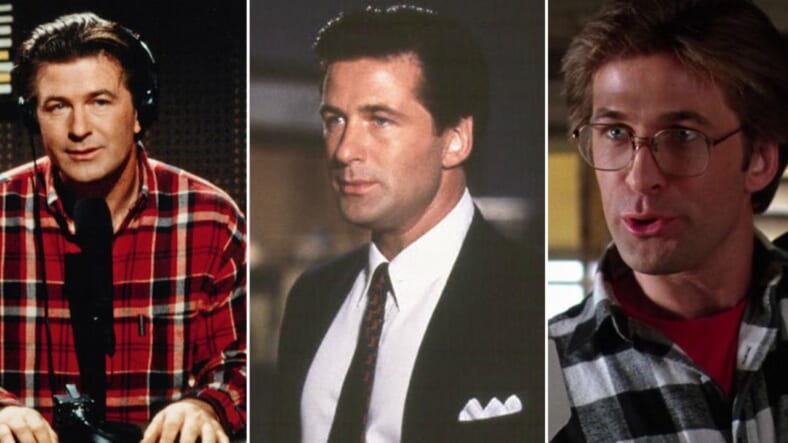 When most people think of Alec Baldwin these days, they probably think of Donald Trump. The actor, who turns 60 on Tuesday, spent much of 2017 impersonating the president on Saturday Night Live. And if it’s not Trump that first comes to mind, it’s likely Jack Donaghy, the egomaniacal TV executive Baldwin played for seven seasons on 30 Rock, or Baldwin’s off-screen antics.

But those of us who have been paying attention since he arrived on the scene in 1988’s Beetlejuice know Baldwin is also a force on the big screen. His most memorable performances, and his only Oscar nomination, have come for his roles as a scene-stealing supporting character. And it’s those performances that dominate our list of his top 10 roles of all-time.

Baldwin’s impression of POTUS isn’t exactly spot-on, but it’s hard not to include a role that elicits tweets directly from the West Wing. (Seems the president prefers Darrell Hammond’s version.)

A romcom starring three old people might not sound like a movie that deserves your attention, but Baldwin so often plays the hard ass in a three-piece that it’s nice to see more of his personality in this Nancy Meyers flick.

Baldwin did his usual thing in this Ben Stiller-led comedy, appearing as an over-the-top but memorable supporting character who made an otherwise dud of a movie just a little more enjoyable.

Before he became the go-to guy to play bombastic, shit-talking business types, Baldwin showed up in Tim Burton’s modern classic as an aww-shucks everyman creeped out by all the weirdness around him—just like everyone watching at home.

Baldwin’s Trump may be his most headline-grabbing character on SNL, but it doesn’t come close to matching the brilliance of Pete Schweddy, the baker whose famous balls gave us this all-timer of a sketch…

In a movie that’s overflowing with strong performances, Baldwin’s turn as foul-mouthed police captain George Ellerby is one of the most enjoyable because of his delivery of lines like these.

Before Harrison Ford, Ben Affleck, Chris Pine and John Krasinski, Baldwin was the original on-screen Jack Ryan. Though Sean Connery received top billing as the Russian sub captain Marko Ramius, Baldwin was stellar as the world’s most famous CIA analyst in The Hunt for Red October. But he wasn’t good enough to keep producers from chasing down Ford for Patriot Games in 1992.

Baldwin’s character in this indie hit—a pit boss who can be both cruel and charming—is a lot like the actor who plays him. Just like Shelly, Baldwin has shown an ability to be both mercilessly cruel and exceedingly generous.

We all had an inkling that Baldwin could do comedy before he was cast in Tina Fey’s send up of live sketch shows, but few could have predicted his breakout success as Jack Donaghy. Thanks to Baldwin’s impeccable delivery and Fey’s perfect writing, he remains one of the most quotable characters in recent TV memory.

In less than 10 minutes of screen time, Baldwin delivered one of the most searing cameos in Hollywood history. His vulgar, insult-punctuated speech is such an indelible part of the pop culture zeitgeist that it’s received dozens of its own parodies.