‘Aliens,’ The Best Sci-Fi Sequel Ever Made, Turns 30

The greatest movie in the ‘Alien’ franchise has been called “horrifyingly clever”. 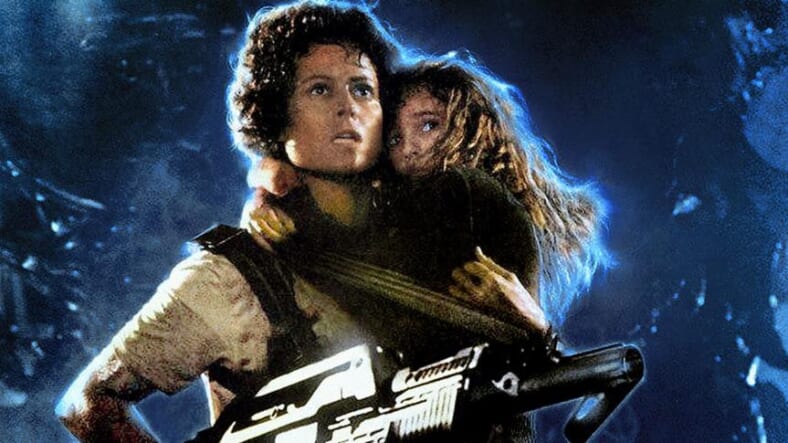 Aliens—that rare cinematic sequel that almost eclipsed its predecessor—premiered 30 years ago this week, on July 18, 1986. The action-packed follow-up to Ridley Scott’s 1979 Alien may have been the primer that helped director James Cameron’s career truly explode and it launched the formidable Sigourney Weaver’s career into the stratosphere.

This franchise has a strong fan following today, and to honor the second movie’s anniversary, Variety reports that the much of the original cast of Aliens, including Weaver, Bill Paxton, Paul Reiser, Michael Biehn and director Cameron will attend San Diego’s Comic-Con for a panel about the movie.

First, though, they’ll make use of Youtube’s brand-new live-streaming service to respond to questions from fans unable to make it to the popular gathering:

[Before] the cast even goes on stage for their panel, they’re going to use the YouTube app to answer fan questions. Fox is doing both the panel and the live stream to promote an “Aliens” 30th anniversary limited edition Blu-ray and digital release, which are both slated for September 13.YouTube for its part plans to make its mobile live streaming service more widely available soon, but hasn’t committed to a release date yet. YouTube has integrated live streaming directly into its regular mobile app, meaning that users will eventually be able to go live with the same app they already use to watch YouTube videos.

Aliens made in excess of $180 million in 1986 and it netted seven Academy Award nominations, including one for Sigourney Weaver for Best Actress. Long considered one of the finest science fiction films ever made, acclaim for the flick was almost immediate. A review in the Dallas Morning News called it “horrifyingly clever” and said it had “everything that made the original saw gnawingly memorable, only in bigger and better proportions.”

While three films followed in the franchise, it’s always been a given that Cameron’s entry set the gold standard—subsequent efforts have suffered greatly from comparison. The disdain many in the movie industry as well as fans have for Alien 3 and Alien: Resurrection is perhaps evident in the fact that Neil Blomkamp’s rumored Alien sequel, slated for 2017, may completely ignore the third and fourth films and pick up where Aliens left off. If it gets made, that is.

One thing’s for sure—even a gifted director like David Fincher struggled with challenges in following in the footsteps of the 1986 masterpiece. Blomkamp is great in his own right and his film has Sigourney Weaver’s full support, but Aliens left giant footprints in both science fiction and horror. It’s going to be tough for anyone to follow up without a danger of falling on their face.

To get another full dose of Aliens for old times’ sake, snag the blu-ray or the digital edition, which Variety reports comes out September 13th.

And to get that old feeling back, watch one of the movie’s original trailers below.