“I basically was rhyming ‘Natasha and Boris’ … with, you know, ‘stomp on your clitoris.'” 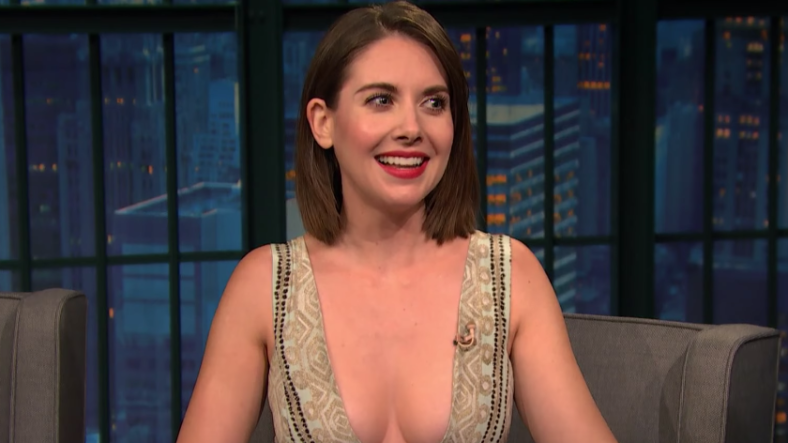 Acting is crazier than many know behind the scenes. Alison Brie‘s story of how she landed her bad girl role on Netflix’s GLOW is a pretty good example of just how crazy.

In an appearance on Late Night with Seth Meyers Tuesday, a very fit-looking Brie described how actresses were given monologues to rap related to their roles.

She ultimately decided to freestyle, though, Brie says, and thinks that’s how she nailed it.

We’re pretty sure the dead-clever rhyming off the top of her head of “Natasha and Boris” with “Clitoris” (just watch the video, she explains) was enough to win her a Grammy too. Come on, that’s pretty good.

GLOW is a lot of fun and Brie is great—and also occasionally nude—on the show, so check it out if you haven’t. And give some respect to her freestyling ability while you’re at it, she could probably hold her own in a rap battle.

Which we’d also like to see, if she ever does one.