Prepare to get your holiday binge on. 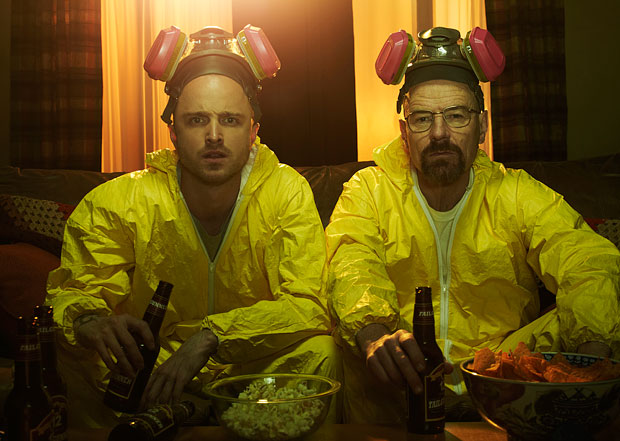 Breaking Bad—the story of a mild-mannered chemistry teacher who became a menacing drug lord—aired its final episode in 2013. It was one of the most badass TV dramas of the last 20 years or so.

Beginning in about two weeks, AMC will remind us why we couldn’t look away from the Shakespeare-worthy tragedy of the rise and fall of Bryan Cranston’s Walter White.

The cable network will air the entire series, finishing with the series finale at the end of January—a slow-motion marathon in our age of hyper-caffeinated weekend binges.

Better Call Saul, about Bob Odenkirk’s slippery, funny attorney from Breaking Bad, has filled a void for some fans. But Saul has also developed its own distinct feel apart from the show that spawned it, even while striking notes that resonate with fans of both series. With Saul the drama is less in your face, and the violence dialed back to give the actors room to develop truly complex characters.

AMC might get itself in trouble with re-releasing Bad and its powerful blend of meth, murder, and roof pizza—a whole new generation of viewers will be anxious to dig into Walter White world. Who could blame them?

Per EW, here’s the schedule:

Go ahead and put it in your calendar now.