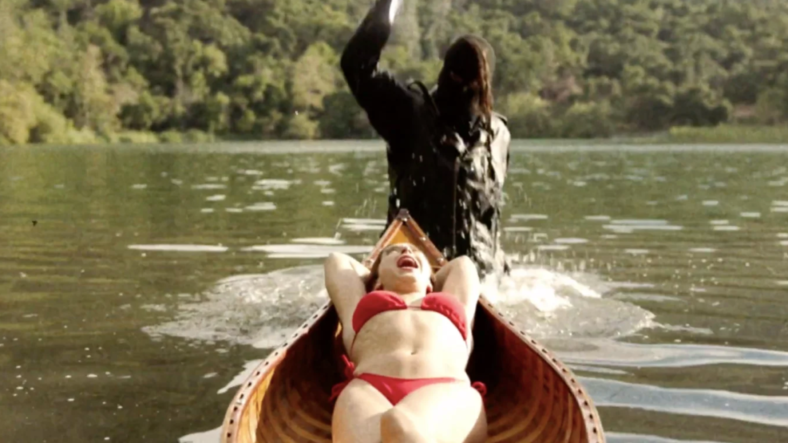 The first teaser is less than a minute long, but the true fan of that golden age which stretched from the late 70s to the mid-80s might spot little nods to iconic tales like Halloween and—most obviously—Friday the 13th.

The second teaser asks a question: “Who do you think will survive?” It’s just over twenty seconds long but we’re going to make an educated guess about those odds of survival. For most of the cast, they are likely very, very low.

Especially—if showrunner Ryan Murphy stays true to the genre—if the imperiled young people in question are doing drugs or having sex or both. In the prototypical slasher flick those are direct routes to a terrible demise. Only the smart and plucky tend to make it through.

Between this 9th season of AHS and Stranger Things Season 3, it looks like Reagan-era nostalgia is kicking into high gear.

Get ready to head back to one of those doomed camps (apparently) when American Horror Story: 1984 premieres on September 18.