The sounds of Japanese dueling swords were added to crank up the tension. 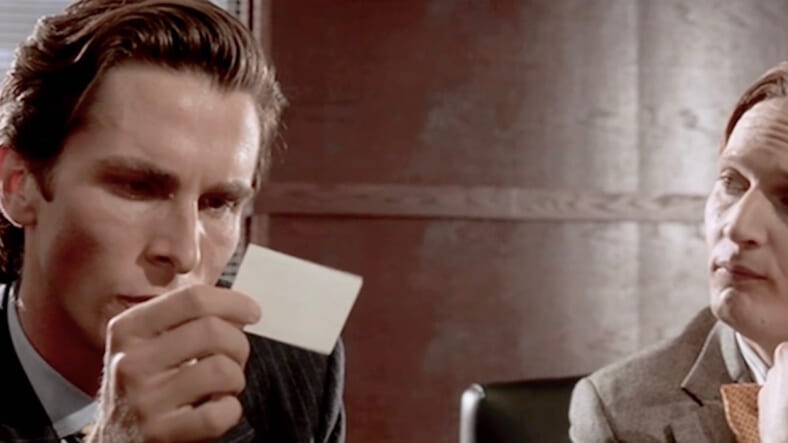 In a recent entry to “Anatomy of a Scene” on The New York Times, director Mary Harron breaks down the moving parts to the hilariously intense sequence.

Harron explains that the scene, near the beginning of the film, introduces the carbon-copy characters and Patrick Bateman’s “world of intense masculine competition.”

“One of the things that happens that is subtle in the scene is the sound design,” Harron says. “The sound design used the sound of… I think it was Japanese dueling swords.”

“There’s a swoosh every time the business card comes out because there is this element of classic masculine ritualized aggression.”

Despite the palpable hostility between the finance sharks, the humor comes from the glaring fact that the cards are all, of course, nearly identical.

All it takes is one aggressor’s trump card—a watermark—to send Patrick Bateman into a case of heart-stopping status anxiety. What a psycho.