The Greatest American Soccer Player Ever Is Playing her Final Game for the U.S. Tonight

You should probably watch. 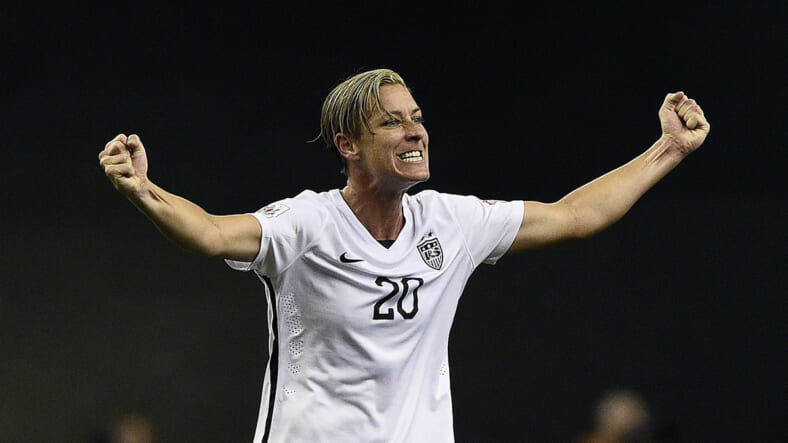 Abby Wambach first wore her country’s colors in 1996 as a member of the United States Under-16 National Team. Nearly two decades later, the 35-year-old is preparing for her final game in the Stars and Stripes.

Wambach’s long, remarkable career will come to end when she leaves tonight’s friendly against China to a roaring ovation from the crowd in New Orleans. And when it does we all will have watched the greatest American soccer player of all-time for the last time.

It’s easy to get bummed on a night like this, when an all-time great forever steps aside, but it’s much more productive to treat it as a celebration of everything that came before. And it’s incredibly easy to celebrate Wambach.

In a U.S. jersey, Wambach has scored 184 goals in 252 career appearances. That’s more than any other person int the history of international soccer. More goals than Klose in a Germany jersey, Pelé in a Brazil jersey and Ibrahimović in a Sweden jersey. More. Than. Anyone.

To those who want to debate the title bestowed on Wambach in the headline of this post, don’t. Especially if your argument involves anyone who’s played for the Men’s National Team, none of whom have achieved an iota of the dominance that Wambach has on the international scene.

Maybe there are men who have been more talented or more skilled than Wambach. Hell, maybe there’s a woman. But in sports, there’s one easy way to measure greatness and it’s by looking up at the scoreboard, where no one has ever done what Wambach has.