‘An American Werewolf in London’ Remake Is Officially Underway

The original director’s son will write and direct. 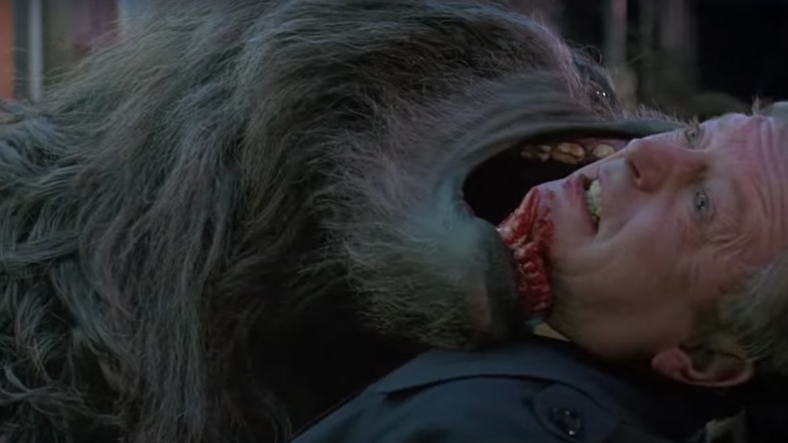 Even 35 years after its release, the grisly transformation sequence in An American Werewolf in London still has bite. Its enduring gross-out factor should render any new version unnecessary, but here were are—the classic 1981 horror/comedy will officially be given the remake treatment.

But considering the talent behind it, we’re actually hyped. David Albert and Robert Kirkman of The Walking Dead will produce for Universal Pictures while Max Landis, the son of the original director John Landis, will write and direct the film. One producer, Andy Trapani, told Deadline he’s been hustling to get this project made for over 10 years.

Additionally, the formula should be fairly simple to recreate. The original trailed two American college graduates backpacking through England, when one of them is mauled and killed and the other is bitten by a rabid wolf. In short order, the survivor discovers he’s morphing into a werewolf, which leads to the shock and awe of that famous scene as well as the sequence where he terrorizes Piccadilly Circus in his werewolf form.

The makeup artist even won an Oscar for his work so special care will have to be given to recreating the film’s iconic and cringe-worthy visuals. Let’s just hope they don’t overly rely on CGI or else we’ll be baying for blood.