The stunning redhead is headed to the small screen. 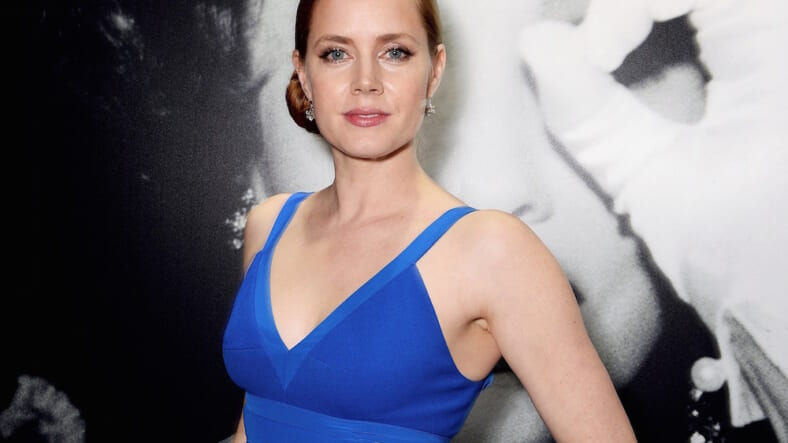 Amy Adams is the latest big-screen star to join the TV gold rush.

The stunning Oscar nominee will play reporter Camille Preaker in a TV-series adaption of Gillian Flynn’s 2006 novel Sharp Objects, which debuted before her 2012 breakout novel Gone Girl. Camille is a troubled reporter who returns to her hometown to cover the murder of two young girls. Back in her eerie Victorian childhood home, Camille must then grapple with her own demons as she unravels the dark mystery behind the gruesome killings.

Dallas Buyers Club’s Jean-Marc Vallee has agreed to direct, although no network has officially signed on.

Anyone who cracked open Gone Girl or caught the recent David Fincher film adaption knows Gillian Flynn is one of the best crime novelists working today. Her twisted novels are potent blend of slow-burn suspense, top-notch character development, and shrewd social commentary. Rosamund Pike’s turn as Gone Girl‘s enigmatic Amy Dunne was textbook femme fatale and will go down as one of the best performances of the decade.

We know with the right material, Amy Adams is a knockout. We can’t wait to see her get her hands bloody on the small screen.