Is This Definitive Proof That Amy Schumer Stole a Joke From Zach Galifianakis? 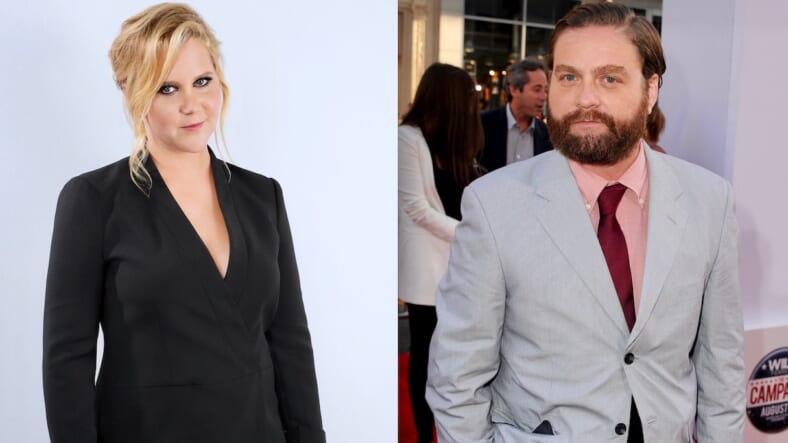 Last year, accusations that Amy Schumer is nothing but a lowly joke-stealer went viral. Just about every comedy fan caught that damning video pointing out the jarring similarities to her stand-up material to that of countless comedians, Dave Chappelle among them.

Even though Schumer adamantly denied the claims and regained the support of her fanbase, she just can’t shake her reputation.

On Reddit, a new video is trending comparing a joke she made during her 2017 Netflix special to one told by Zach Galifianakis back in 2013. Watch below.

Now, accidents happen, and sometimes comedians say things in the moment they may have heard before. And there are only so many jokes to go around so coincidental overlap is inevitable.

But the video begins with an excerpt from a 2012 interview Schumer gave with AV Club, where she admits she is a fan of Galifianakis’ work. So she likely did hear him tell the joke before, but whether or not she intended to steal it can never really be proven.

What do you think? Check out the video above and see if Schumer is guilty of the gravest sin a comedian can commit, or if it’s really just an ill-conceived hit job by her haters.

Revisit her previous accusations, below.