Director Has Plot Idea for ‘Anchorman 3’, Could Be Set in Iraqi War Zone 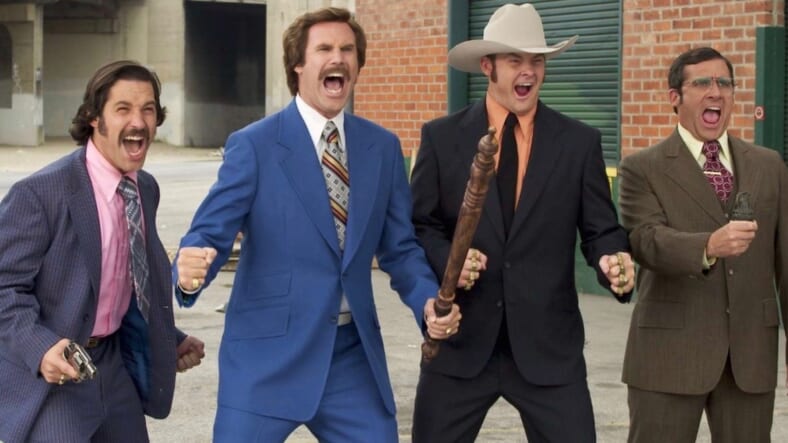 Writer/director Adam McKay, in a recent interview with CinemaBlend, revealed his outrageous idea for Anchorman 3, if it ever happens.

He explained that this hypothetical sequel would plop Ron Burgandy and his crew into a war zone, far from the leather-bound books and rich smells of mahogany of 1970s-era San Diego.

“I don’t want to say too much, but I’ll just tell you that embedded journalist, Ron Burgundy, Veronica Corningstone, the news team. That definitely gave us a big idea.”

It’s actually a sort of brilliant idea. Despite its slapstick nature, the first two Anchorman movies were critiques of cable news in the ’70s.

The Vietnam War was the first war to be widely documented and televised, and the antics of Ron Burgundy and crew would point out the absurdities of this phenomenon.

It’s just a far-flung idea for now, but it calls to mind one of Ron Burgandy’s most hilarious quotes: “I immediately regret this decision.”