Big News: An Andre The Giant Biopic Is Coming Our Way 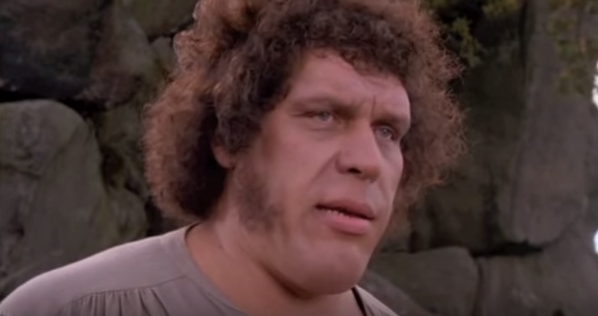 Today in “why didn’t anyone do this before?”: The fascinating life of André the Giant will be chronicled in an upcoming biopic.

Born André Roussimoff, the legendary ’80s-era wrestler was 7-foot-4 and weighed more than 500 pounds. The French behemoth was renowned for Herculean feats of drinking, like guzzling 156 beers in one sitting and downing 16 bottles of wine only hours before wrestling in a 20-man battle royale. André was best known outside of the wrestling world as Fezzik in the 1987 cult comedy movie The Princess Bride.

In 2000, Andre was immortalized for a new generation with those popular Obey Giant stickers by street artist Shepard Fairey, who later became famous for his Obama “Hope” posters.

His early life was pretty interesting too, even as a child in the French Alps with no aspirations beyond becoming a farm laborer. Because he was too big to ride the school bus, his neighbor, the avant-garde novelist and playwright Samuel Beckett, drove him to school every day.

The biopic will be based on the graphic novel André The Giant: Closer to Heaven from Lion Force Comics. André’s daughter Robin Christensen-Roussimoff, will serve as a consultant on the project.

“I’m really excited to watch this story come to life on the big screen,” Robin Christensen-Roussimoff told Variety. “It’s been a labor of love for everyone involved, and we’re really looking forward to making it available to a larger audience.”