The actress dives back into action as a troubled smokejumper trying to save a kid. 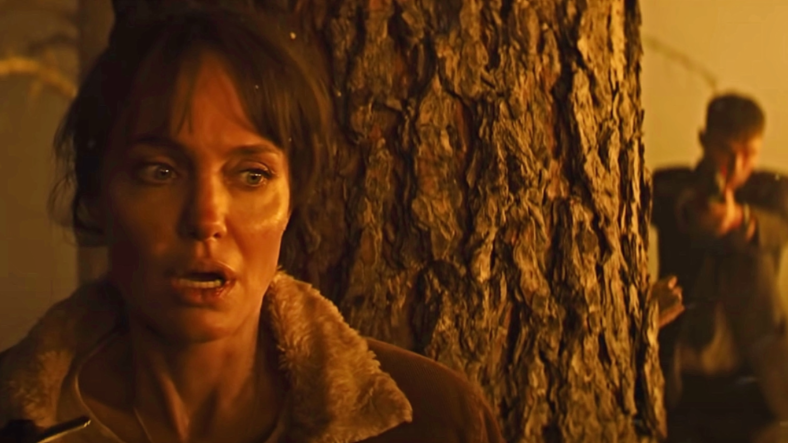 Angelina Jolie has proven in movies like Mr. & Mrs. Smith and Salt that she’s got action chops to spare. She’s bringing them back in the upcoming thriller Those Who Wish Me Dead about a woman working alone in the wilderness after a tragedy.

Here’s the synopsis for Those Who Wish Me Dead:

A teenage murder witness finds himself pursued by twin assassins in the Montana wilderness with a survival expert tasked with protecting him and a forest fire threatening to consume them all.

It’s obvious in the trailer that Jolie’s character is working alone in a fire tower following a tragedy that occurred when she was a smokejumper—her character is an apparently broken woman. Until that is, a bloody teen boy shows up and she must save him from both the assassins and the fire.

Taylor Sheridan, who wrote Michael B. Jordan‘s upcoming Without Remorse, also co-wrote (along with novelist Michael Koryta, who wrote the book upon which this movie is based) and directed.

Those Who Wish Me Dead stars Jolie, Tyler Perry, Jon Bernthal, and Nicholas Hoult. It premieres on May 14, 2021.