Not everyone likes how they’re portrayed in ‘Confirmation.’ 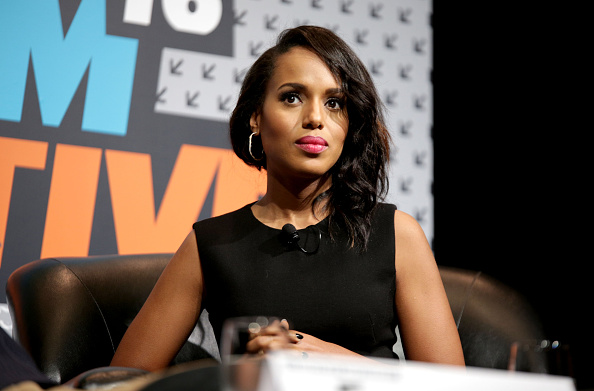 Some politicians are freaked out about HBO’s upcoming movie, Confirmation, which focuses on Anita Hill’s 1991 testimony of sexual harassment at the Supreme Court confirmation meeting for Clarence Thomas. Kerry Washington stars as Hill.

From The Hollywood Reporter:

Insiders…claim that operatives for Joe Biden successfully lobbied HBO to make changes that would reflect better on the vice president, who, at the time, was the senator presiding over the Thomas hearings. [HBO Films President Len] Amato acknowledges changes were made after various people read the script, but not to placate political sensibilities.

“We measure their input against the research we’ve done, and against our sourcing, and if we think someone makes a point that’s valid, we make an adjustment,” he said.

Other concerned parties appear to be from the Republican side, with some GOPers allegedly believing that Confirmation is being released in covert support for Hillary Clinton‘s presidential campaign.

“HBO made this movie in an election year to support Hillary Clinton and the Democratic Party, which loves to claim that a mythical ‘war on women’ is underway by Republicans,” said Mark Paoletta, a lawyer who worked to confirm Thomson’s confirmation.

According to THR, Paoletta is not alone in this accusation, which HBO has denied.

A popular complaint among the Republican objectors is Confirmation‘s portrayal of Angela White, who claimed she had also been sexually harassed by Thomas and was at point set to testify at the hearing.

“HBO says Angela Wright is the great second coming who we wouldn’t allow to testify, but she was plenty flawed. Clarence fired her because she called a co-worker a ‘f—-t.’ She wanted revenge. I thought, ‘bring her on. I’d love to cross examine her,’”Alan Simpson, a retired senator who helped secure the confirmation, told THR.

We cannot WAIT for this movie. Confirmation premieres on HBO on April 16th.