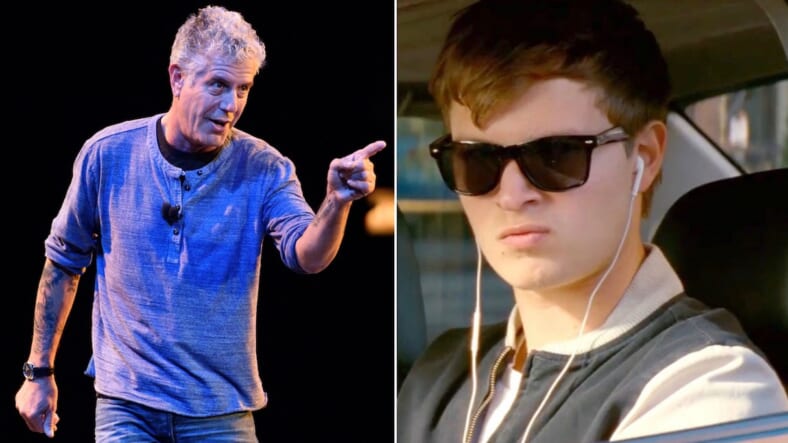 While everyone is still eagerly anticipating the Friday release of Spider-Man: Homecoming, one summer action flick has swerved in and become a bonafide sleeper hit—Baby Driver.

The Edgar Wright-directed chase caper raked in $34 million dollars domestically in its holiday-weekend opening. Critics are lapping up its killer soundtrack, kinetic dialogue and breakout star Ansel Elgort, all of which contribute to a very strong 97 percent Rotten Tomatoes rating.

In fact, it’s already made more money than Wright’s previous biggest hit, 2010’s Scott Pilgrim Vs. The World, which only pulled in $31 million at the box office.

But not everyone was so impressed. Notoriously opinionated Parts Unknown host Anthony Bourdain outright slammed the widely-loved film on Twitter with a single savage tweet.

Bourdain followed up his sick burn with a shoutout to what he believes to be a “quality” action flick—brutal 2011 Indonesian martial arts cult hit The Raid, which is currently being remade in Hollywood.

It was a peculiar parallel, but IndieWire speculated what Bourdain was getting at.

If we were to follow the digital bread crumbs that Bourdain seems to be laying out, it would appear that he’s drawing a contrast between two forms of action filmmaking — the visceral brutality of the hand-to-hand battle scenes that constitute the essence of The Raid and the giddy, music-driven car chases at the heart of Baby Driver. They’re both rapidly-paced directorial feats, and it’s certainly possible to enjoy both.

You don't have to like it. But have some respect for the artists who made it. You're better than this. Critique doesn't have to be cruel. https://t.co/aiRcvUL1j3

Damn, that’s a lot of heat over a movie called Baby Driver.